I am Leaves and i will be honored to escort you to a safe place, traveller, since your emergence most definately caused commotion and soon will be noticed. You must trust me! 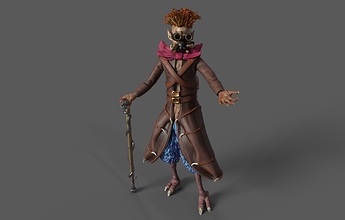 As you may have guessed, Leaves is a Faun! Roman mythological creature, most likely inspired by Greek - Satyr.
They tend to be the guides to a main character in fables and tales, escorting, helping, indeed a very interesting characters.

Leaves is an alien faun on a distant earthlike planet. Not a typical satyr type, i went to create a unique creature with sort of alienie plant growth on head and legs, inspired by seaweed growth. Bark type skin, stylized proportions. Legs and feet are obviously ostrich inspired for being so super alien looking. Mix of steampunk gear. Walking cane is also a weapon.
Backpack is an oxigene pack, has a small eco-system inside, that is clearly from earth, although Leaves originated neither from earth or from the the planet we encounter him on.
Maybe we will find out some day. Who knows…

p.s. Eco system creates fresh air for the faun. The tree is white birch very common in my home country and I was living out of there more then half of my life - white birch have a particular seeds smell which i remember from chilhood. Almost like a part of me in that character want a breath of my childhood hometown air… 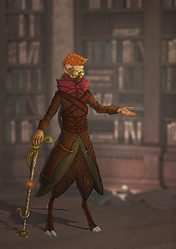 Made model sheet for zbrush -

Screenshots of the first sketches in zbrush - 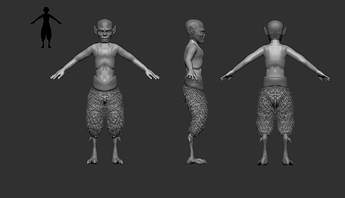 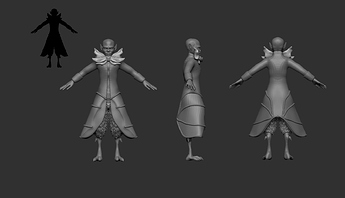 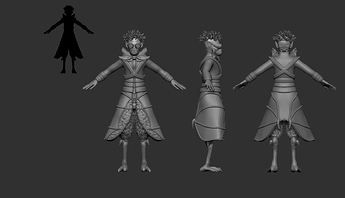 When i was happy with my A-Pose - 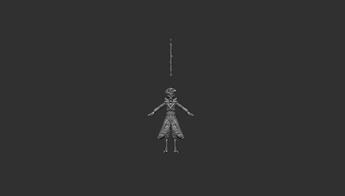 ZBrush Document2550×1450 77.4 KB
by then i fixed proportions, modeled properly the gear,
I then took it to UVLayout to UV map it. I used UDIM tiles, due to number of objects.
First time using UDIMs.
After that i used a simple rig in Maya to pose the character.

Then it was brought back to zbrush for fixing geometry that was deformed after posing, adding some assymetrical details and cleaning up. Preparing for high to low workflow using “match by mesh name” export to Substance Painter. Where it was textured and rendered.
After many many dances with the voodoo drums and selling my soul to the devil, i managed to texture and bake all of the maps with a result you can see here - 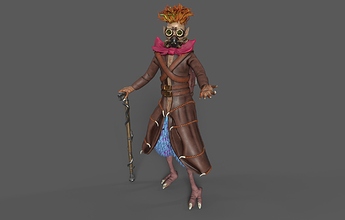 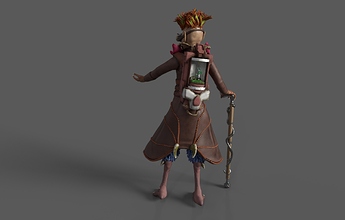 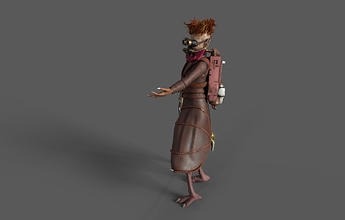 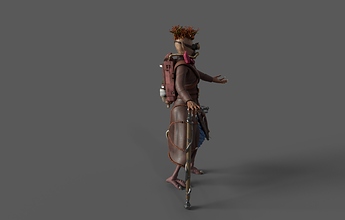 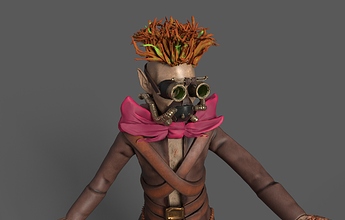 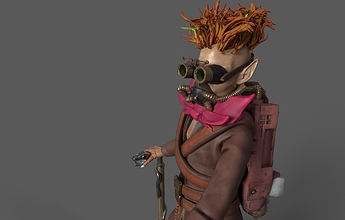 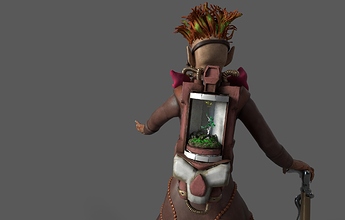 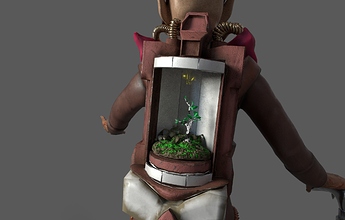 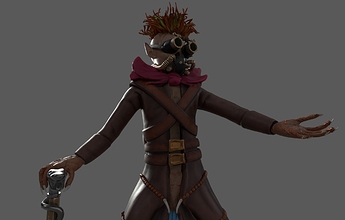 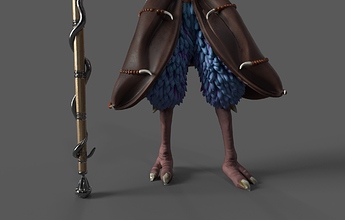 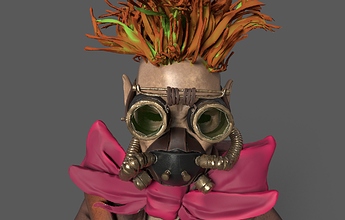 After the render on some close ups i discovered a few artifacts which i will fix but not for the submission - simply wont make it. I was pretty sure i was never going to make it but im a happy happy man i did. Hope you guys enjoy Leaves!

Whole project for me was a challenge itself, to tackle all of the issues i had from the start to finish. To say i learned a lot is to say nothing. I think i had every issue possible that i had to deal with. 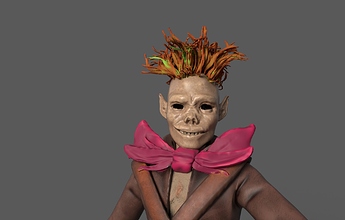 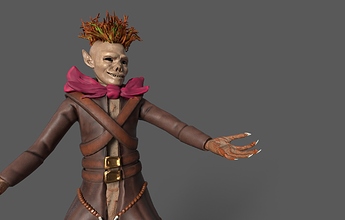 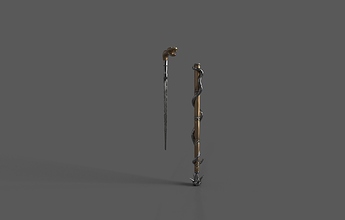 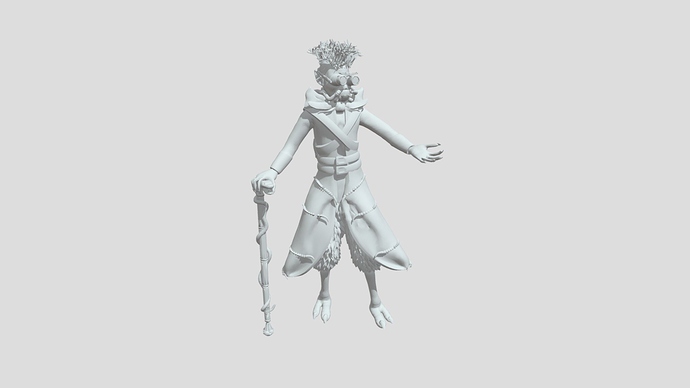