The idea is some insect like evil faerie strongly inspired by mtg art, specially in Lena Richards bitterblossom.
Vispa is a fairy from the dakest part of the forest who investigated the old ruins and its secrets. With the years she obtained a big amount of forgiben knowledge and relics, like a magic staff which is said that let her communicate with the spiders, or maybe control them. 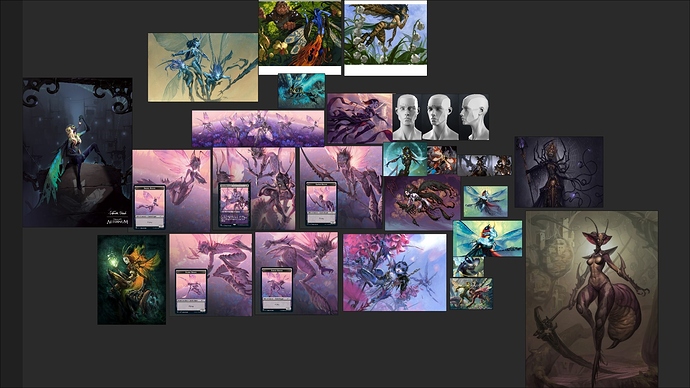 Update of te character:
I decided to make the clothes more spiky and also try to make it look like organic, as if she wears plants she toke in the forest.
At first I tried to use a mask but after some feedback I decided to remove it. 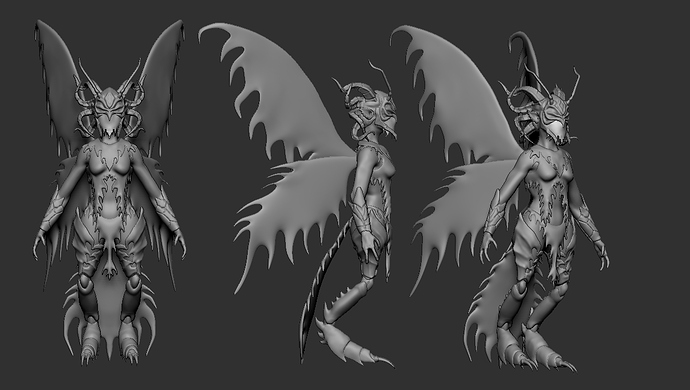 ZBrush Document_11198×678 212 KB
Of that idea I keept part of the helmet making it more like a tiara and the veil becase I liked the more misterius look it give to the character. Also, I returned to the initial idea of the petals in the head.

Well, after a long time without ny news, here the progress with the texturing and posing, I just pray to have time to prepare a decent render setup, I suppose I’ll be working at 3 things at the same time 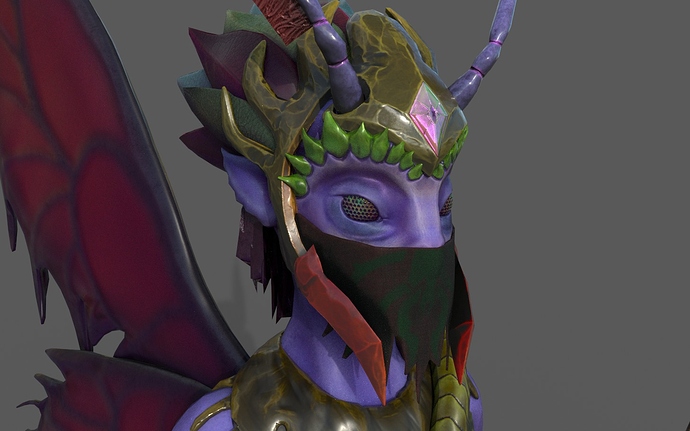 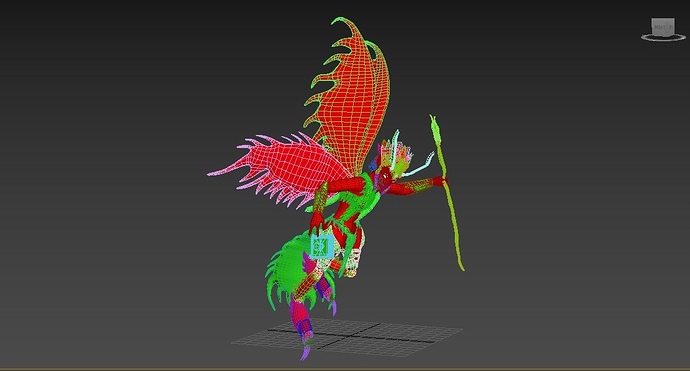 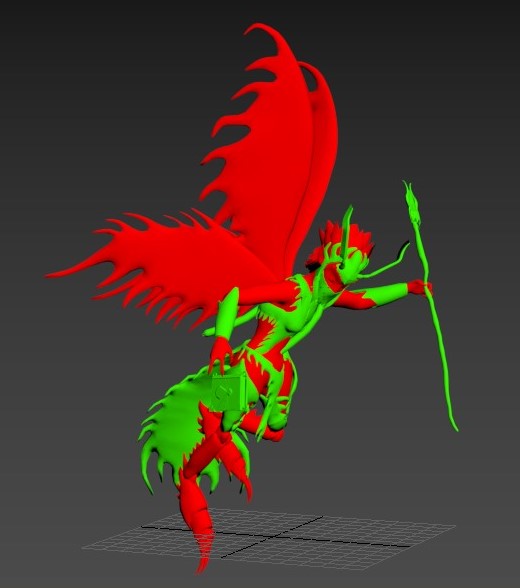 Well, and here is the final submission, and boy my laptop isn’t ready for 4k textures XD.
I’m very happy with the final result, despite the hair isn’t very good, and also don’t forget to put it in the UVs and then find a spot 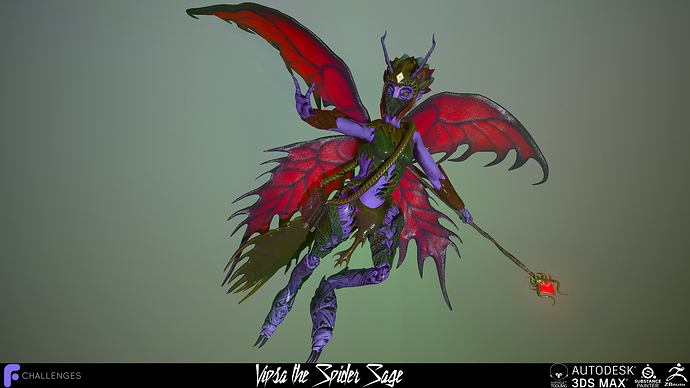 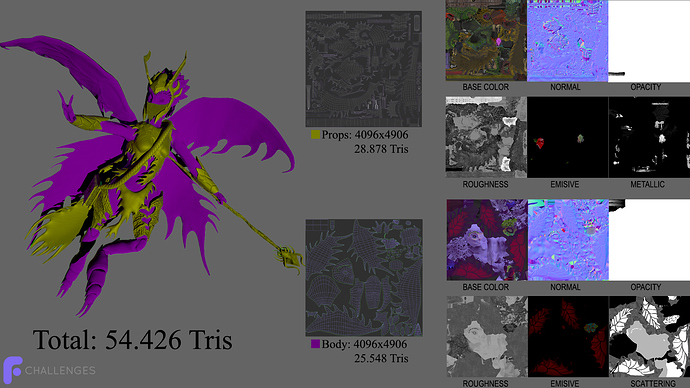