Hi everyone I’d like to join in on this awesome challenge! I came in a bit late but I love challenges so here I am. Thank you FlippedNormal for this awesome theme. Here’s a quick sketch concept of Sinclair, Warlock of the Pirates.

Here is the backstory of the character:
Sinclair was the captain of the infamous ship Ragnarok. She lost her crew and part of herself during their hunt for bounty of a vagabond who she found out to be her most cherished friend and love interest Freya. Sinclair was saved by an Elder Warlock who was desperate on passing the knowledge of his dying breed in hopes of keeping the traditions alive. Broken by her life, she agreed as she thought this may give her a purpose in life. She learned in an alarming rate, so much so that the Elder Warlock had nothing left to teach. Amazed at Sinclair’s progress he overlooked her mental state. She became twisted. She gives in to the voices in her head as a result of learning sorcery. After she recollected herself through studying she thanked the Elder by destroying him with a spell he taught her to make sure she is the only Warlock. She set sail alone for one purpose: Repay the debt she has with the one who took everything from her. 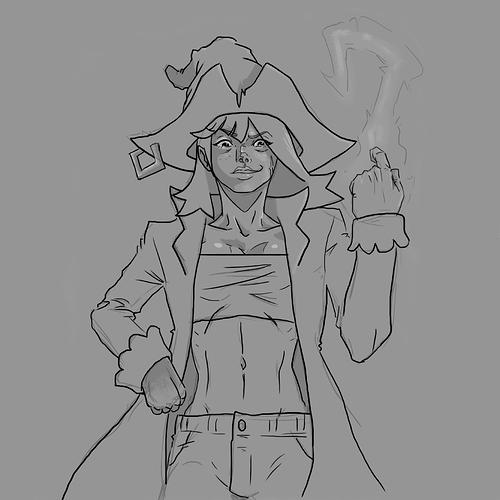 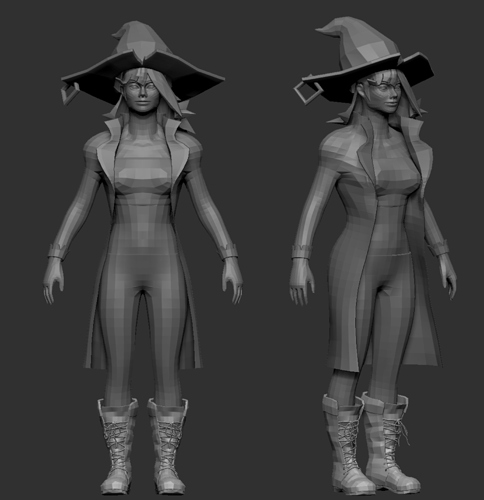 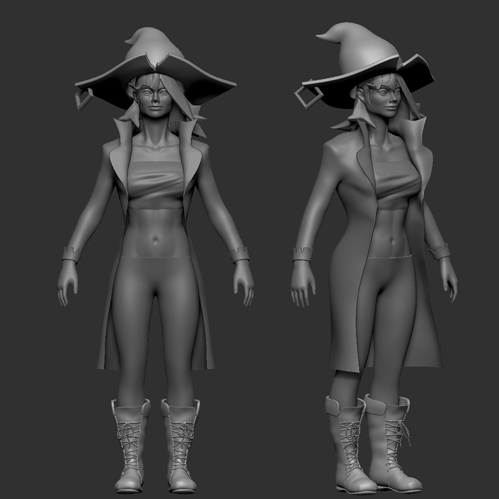 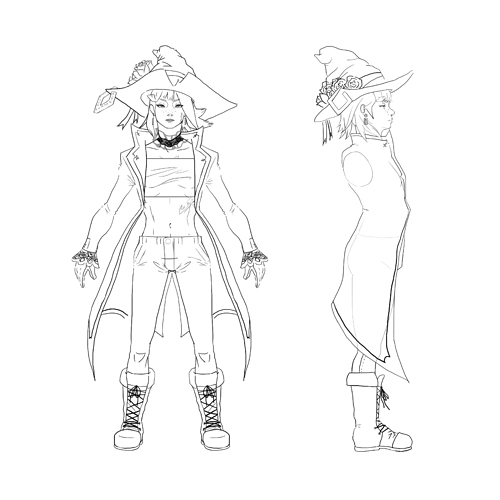 I love the boots. I wish I was less than useless at making clothes!

Thanks! I actually downloaded a base model for the boots and low poly modeled it. I got the base model here (They have a lot of useful resources! One of many! Highly recommend supporting them/the artists who donated to the site!): https://www.badking.com.au/site/shop/textiles-models/leather-bootsby-jonathan-straughan/ I then subdivided the new mesh in Zbrush and sculpted away!

We all have our respectable 3D modeling journey. You may have trouble with clothes for now but I am very confident it won’t be in your future endeavors. We are in this journey together.

I opened her mouth so I can sculpt her lips easier. Changed hair into several clusters of hair. Almost ready to set color to her. 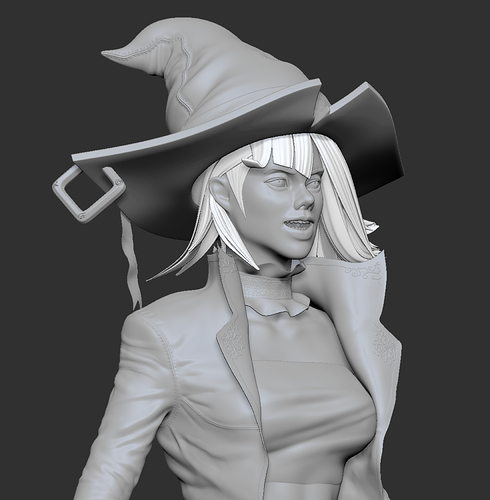 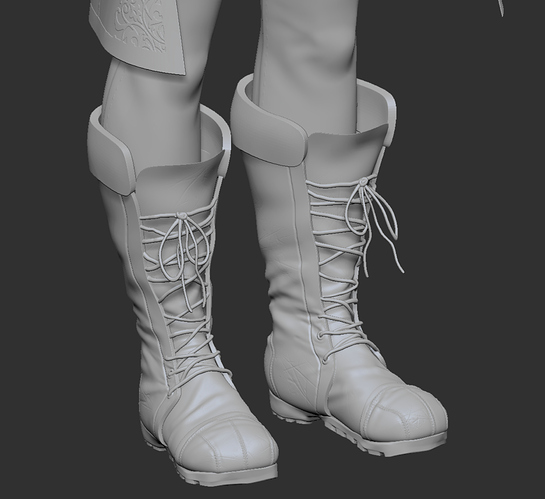 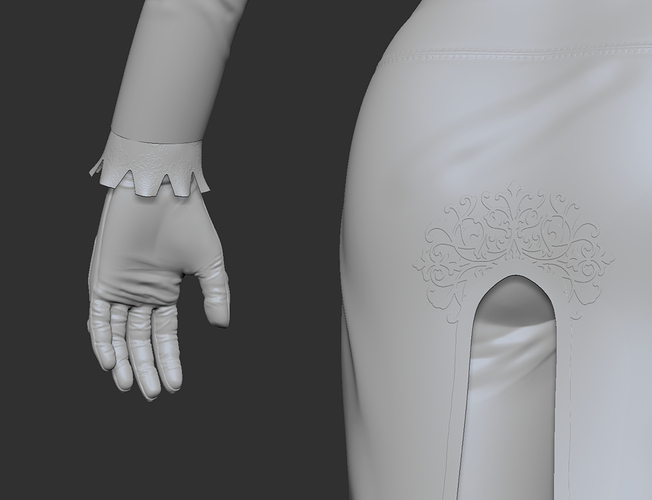 Update: Colored! Also added purse, potion and the skull of her master to keep her company 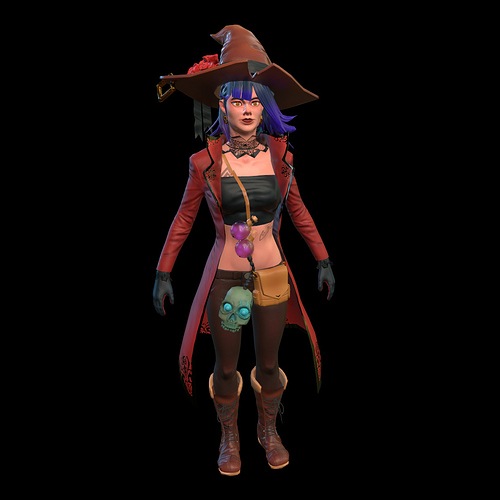 close-up of the eyes and emission test for the fairies! 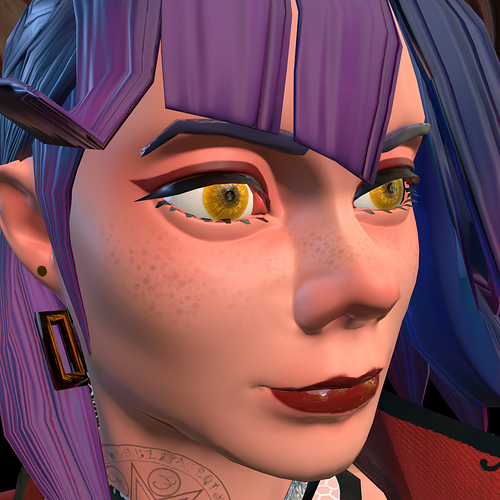 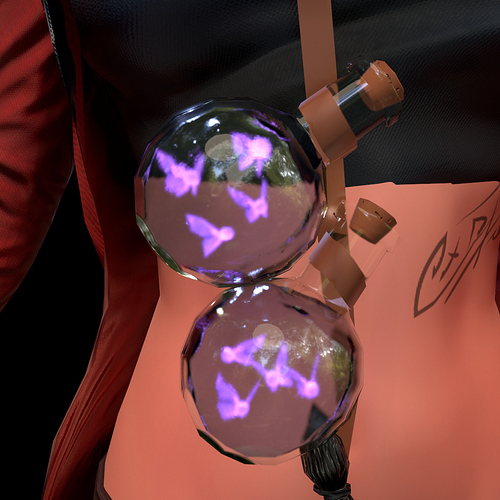 Update: Posed Sinclair, added background and her hook! She’s about ready for submission! This was a fun piece and I can’t wait to see everyone’s work! 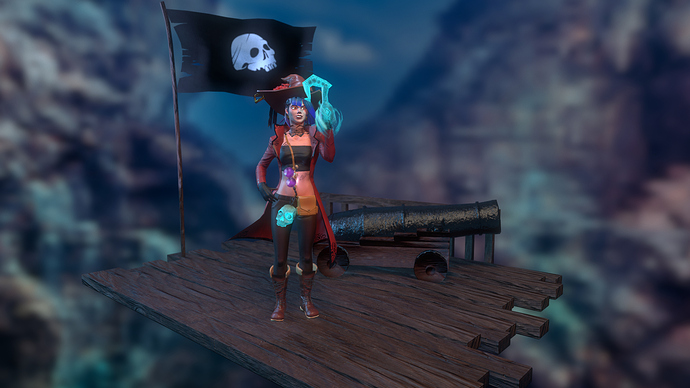 The background photo used in this challenge was from a photo by a very talented photographer Vianca Natividad! 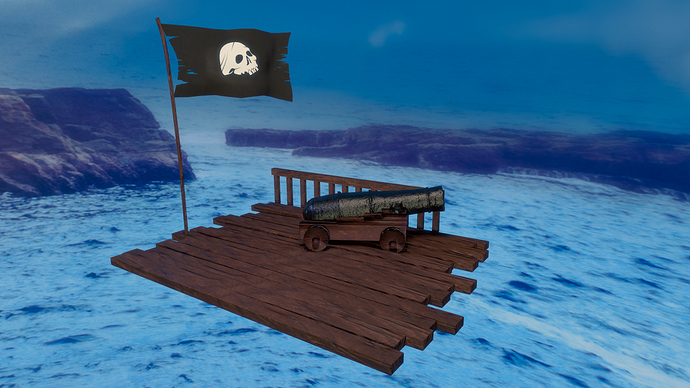 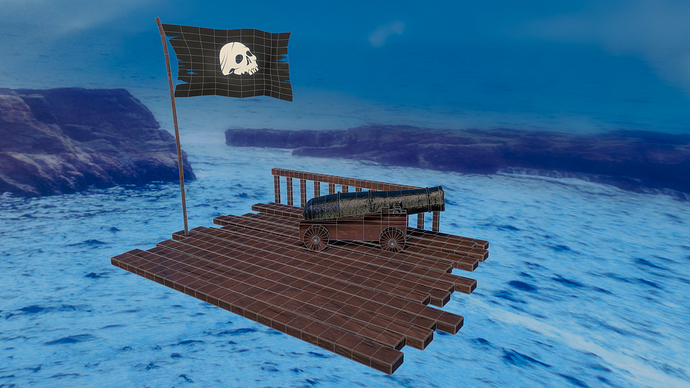 Here’s the high poly detail of the model I did while working on her design. I closed her mouth back. I masked and extracted patterns for her clothes. I resculpted her tube top to make her breasts less lopsided. Have her hat off to show more of the hair high res. 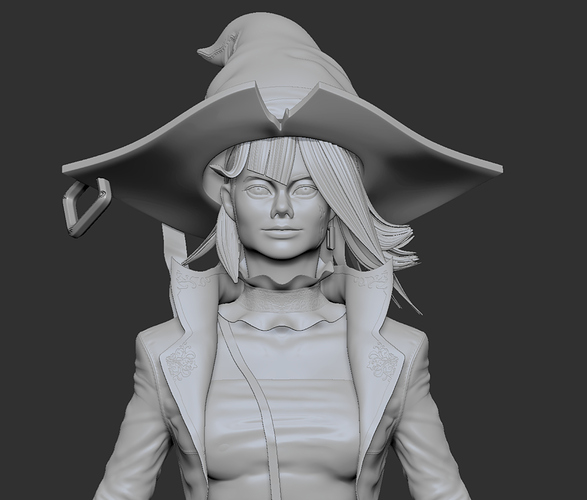 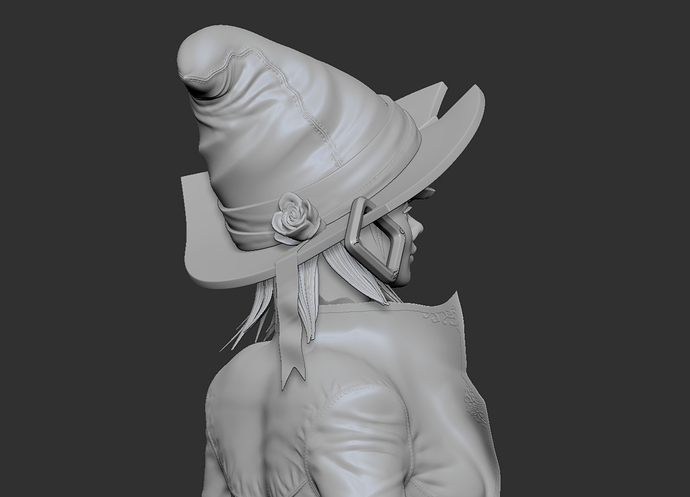 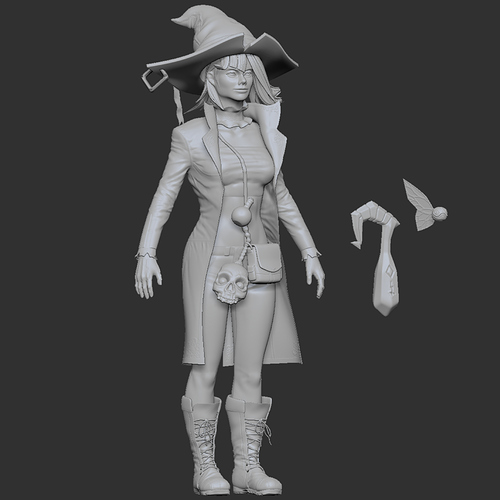 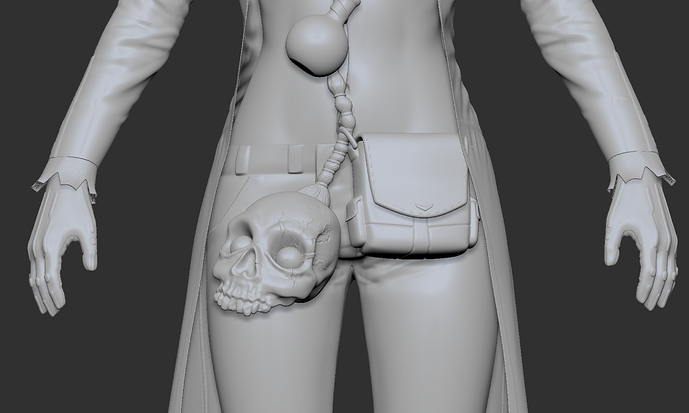 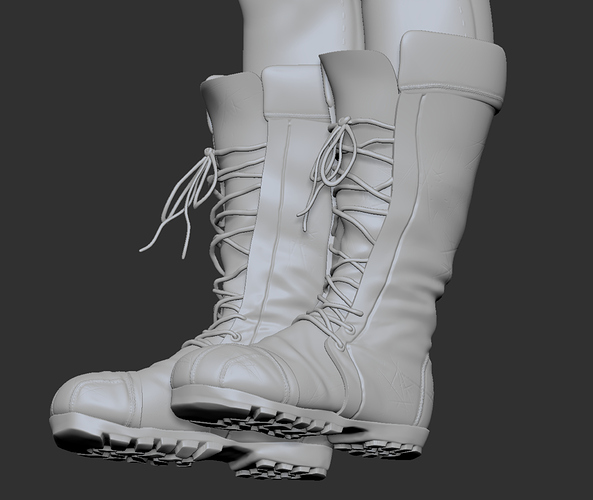 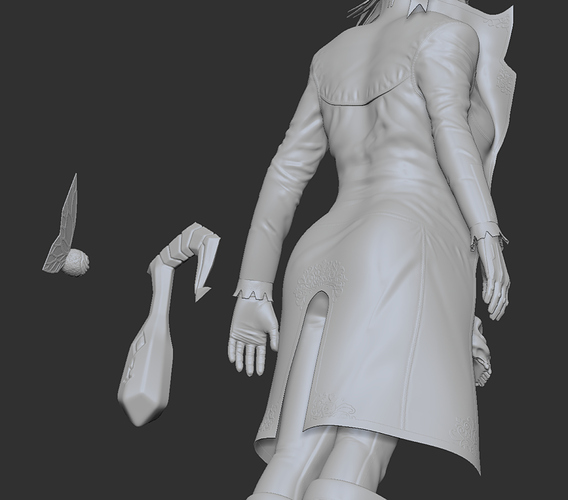 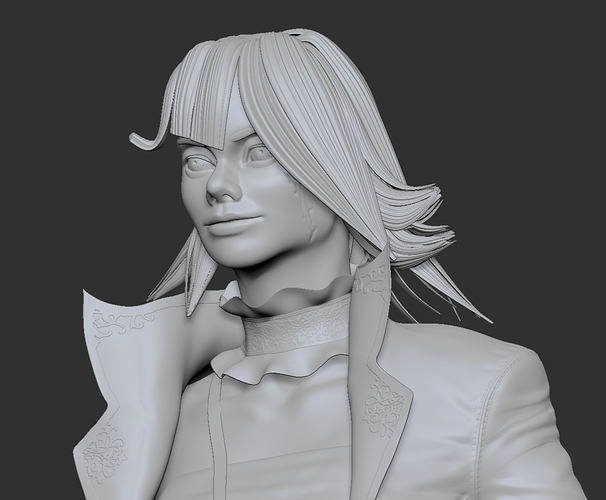 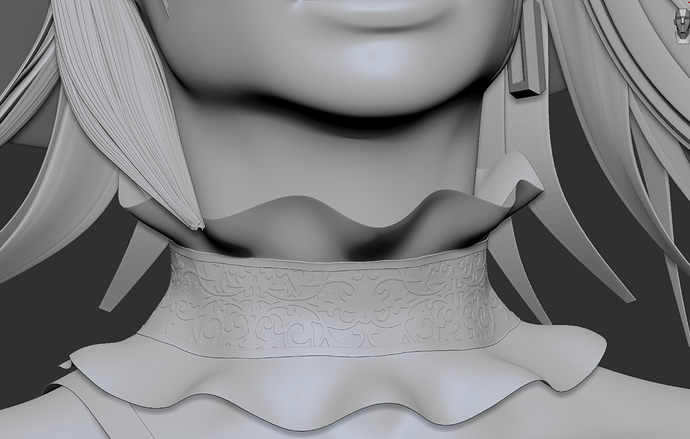