Hiya, I’ve been meaning to join a competition for ages, but never found the right time. This is my first, so looking forward to seeing how differently everyone interprets the prompt! I’ve gone with a piece of concept art by Dinulescu Alexandru called Seneh the Fire Demon. He was designed as a game character, so I thought it would be fun to interpret it for a VFX production. His story is he’s a mage seeking great power, and in his fervor gets absorbed by a dark evil found in an ancient forest.

Loving this prompt so far. I’ve blocked out the shape and general anatomy in T-pose and quickly shifted to the pose for the final image. 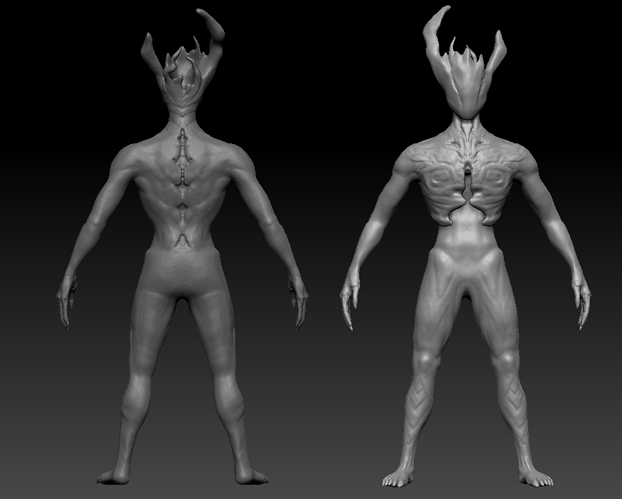 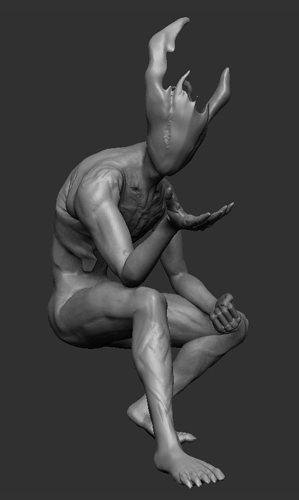 I’m not the fastest sculptor, but I’m definitely getting faster as I go. I’ve been working on the mid-level details this weekend, and taking my time with the design choices around his anatomy. I’ve also been collecting loads of reference which I think will be invaluable over the next few weeks. 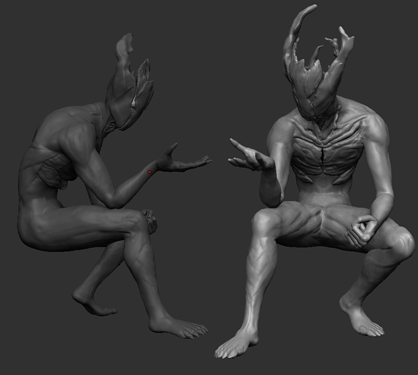 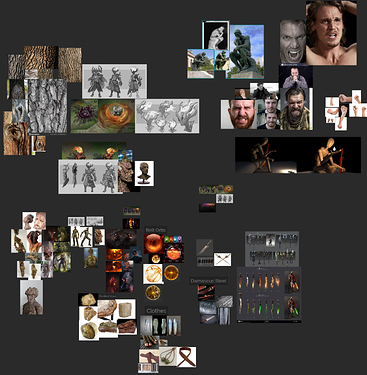 This has been so much fun! I normally feel tons of pressure to finish a sculpt immediately but the long deadline on this project means I’ve really had time to try things and scrap them if I don’t like the look. I’ve been playing with the props from the concept art today, and I began some of the finer details on his spine and lats. I may scrap this tomorrow morning when I have fresh eyes, but for now it’s progress 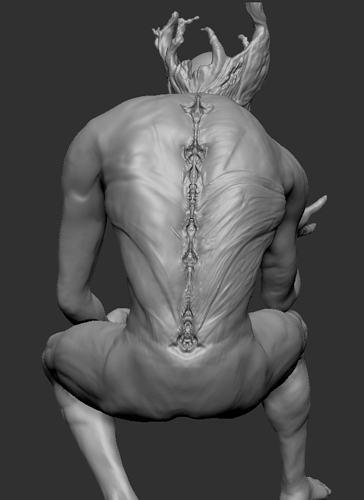 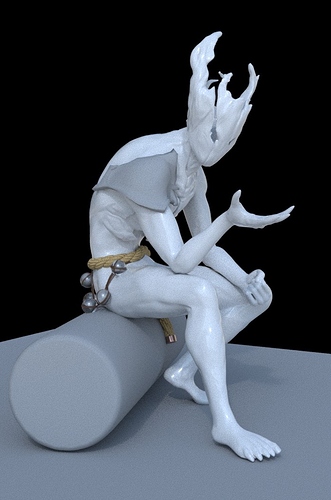 Thanks Emilie! Dark Souls vibes is totally what I was going for

Crossing my fingers it gives the same impression in a few weeks. Stay tuned!

It’s been ages since I posted anything!

Update:
I’ve finally finished the sculpt and the model for his clothes/props and the model is baking out in Substance just fine which is great news. I was having some issues with the thickness map, which was down to a tiny hole somewhere on the model.

Now that the character is modelled, I get to start playing with textures and set up the houdini scene for the final shot. I’m going to enjoy playing with camera lenses and learning the ropes of Houdini Pyro! 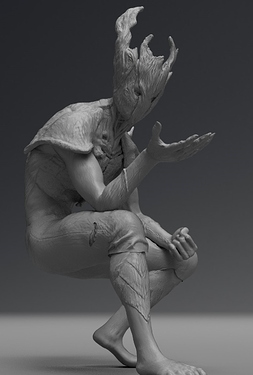 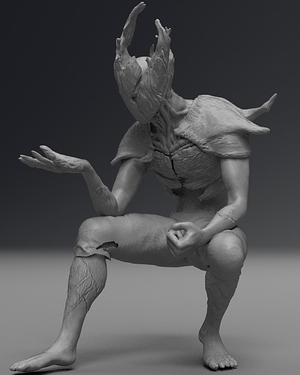 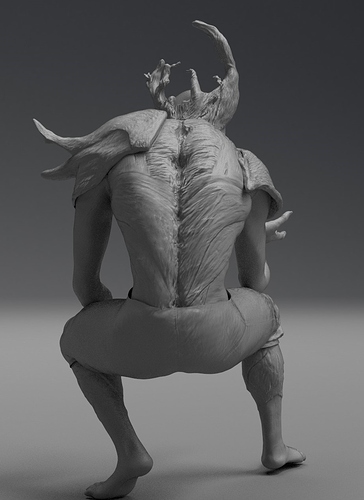 Being stuck inside at the minute anyway has been a great excuse to work on this project. Hope everyone’s staying safe and well!

Here’s a fun test render of Seneh in Substance. I’ve been painting some masks and dropping in smart materials to help me visualise the end result. 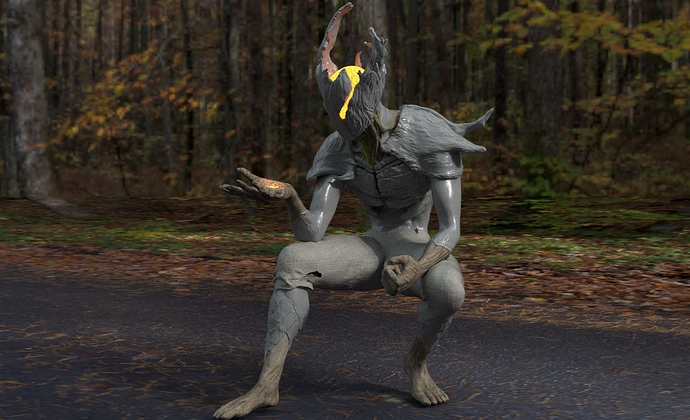 I’m so sad to say it but I won’t be able to finish this project for the competition. I was using a piece of beta software, which really bit me in the butt when it came time to export textures and bring everything together in Houdini. I’ve been wrestling with that software and contacting the support team for the last week rather than making cool fireballs and rope belt fibres!

Thanks for all the support though guys and it’s great to see what everyone has made. Some really great artists in this competition!