I am a little obsessed with Portal magic in combat scenarios and want to make a character that is a little DnD, asian inspired Portal Warlock that uses portals to transport magic to where it’s needed in a battle.
I imagine a kinda of village milita made up of warlocks with the power to create portals and use what scrolls and magical artifacts the village can muster in battle.
I like this pic of an asian peddler and thinking something along these lines for his clothing but with maybe a overcoat that might be a bit more official from his village. 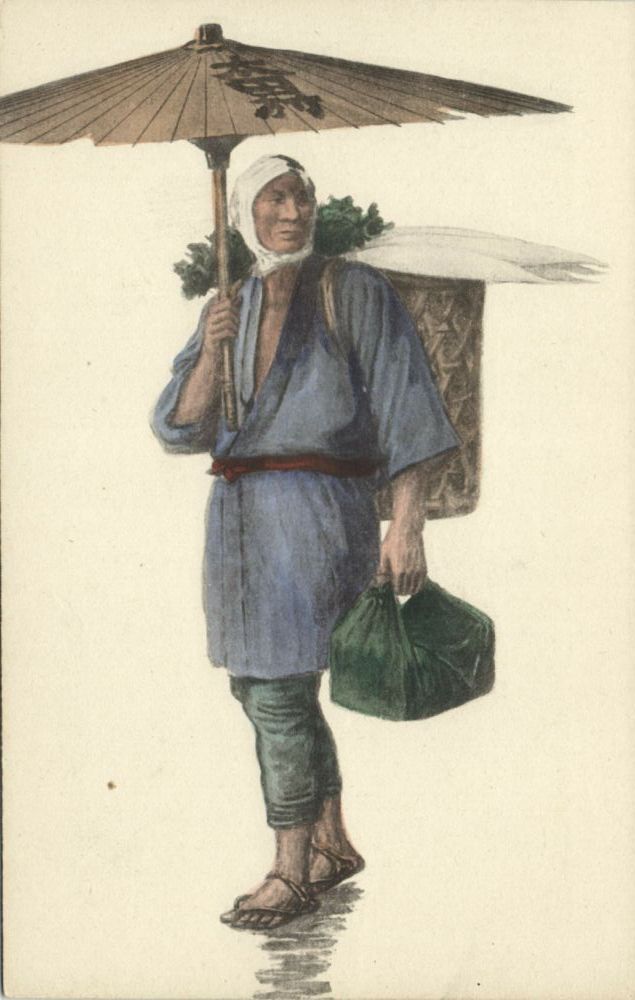 asianman635×1000 70 KB
I would like him to have some kind of backpack he can use to carry his repository of scrolls ( I have in mind something like a cross between a Chinese Medicine Cabinet for scrolls and an External Frame Backpack.
Also thinking of a few ways to show his magic in action, like having him have his arm through a portal that connects behind him so he can take a scroll from his pack to use.
1 Like
Anarchygaz April 9, 2020, 1:13am #2

I grabbed a base mesh from Zbrush and took off the arms, head and top of torso since they will be only parts showing through the clothing. Then subdivided and worked on some detail, mainly making the head look a bit more asian.
Connected them back up to body and put a bit of weight on, then posed the mesh ready for Marvelous Designer.
Will put up a pic once I am done in Marvelous. Until then he’s just a naked, skinny asian man.

Finished in Marvelous for now, about to start on the backpack. I am unsure about the hat though or whether to make him bald instead as I had in mind him looking a bit shaolin monk-y. Designed the hat based on ancient chinese scholar hats. 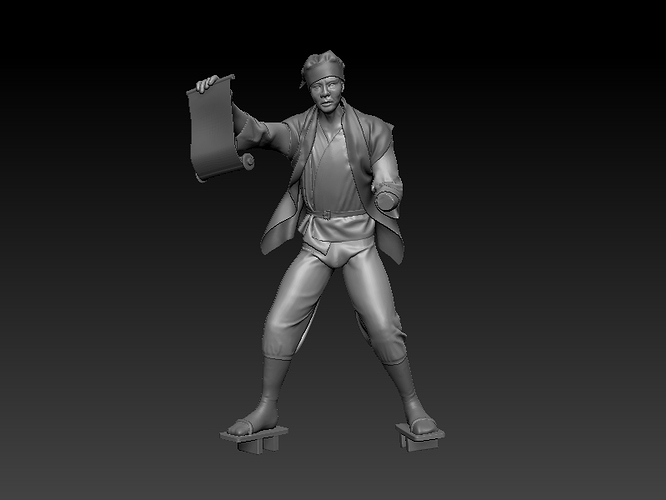 marvelouspic2800×600 75.6 KB
His hand is through a portal I haven’t added yet btw in case people wondering why he has a stump for a hand 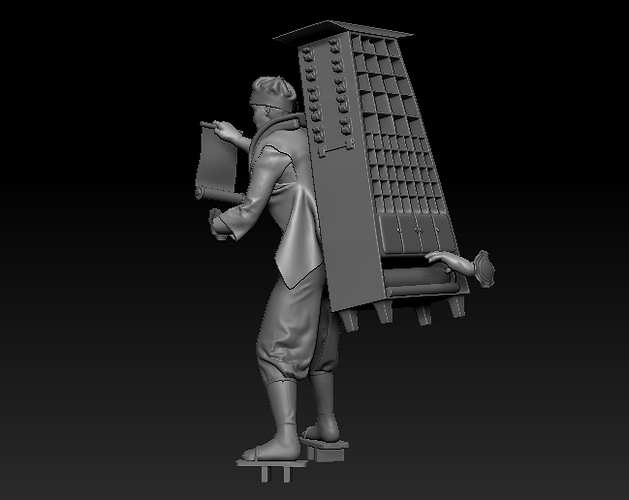 Finished the backpack and added the portals to his hand so that he is grabbing the large scroll there. Will be adding a fire stream coming from the scroll in his right hand and into a portal next.

Thinking about adding a defensive two portals too, like arrows are being shot at him and he is portalling them back at his enemies. 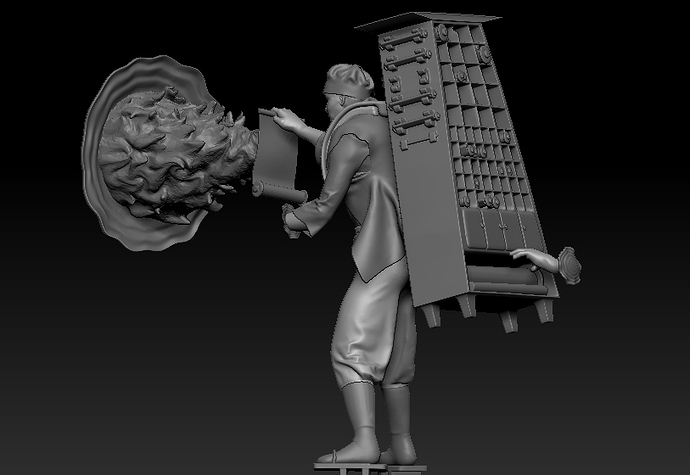 This is what I currently have with the portal and the firestream. Unsure on the portal, will have to see what it looks like when I paint it. Gonna add a few other things today, portals and incoming fire around him and am thinking of adding a stand under him to centre it all.

I imagine it like a self contained little scene inside a snow globe, but theres no glass.

This is so clever mate 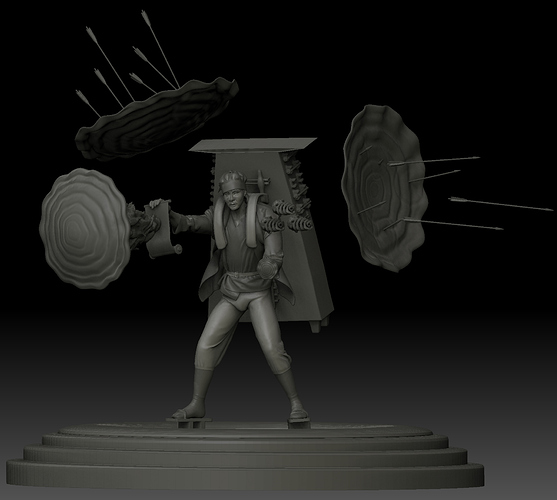 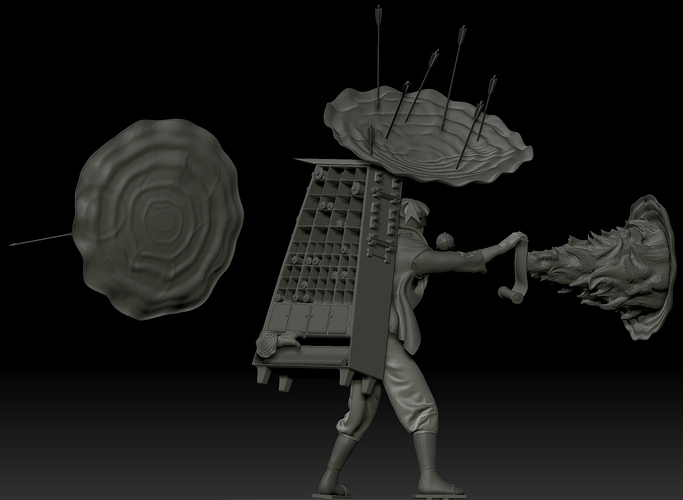 This is what I currently have going into Substance Painter.

I wanted him to be in a kind of “oh crap” moment, so I’ve added two portals redirecting enemy arrows, some incoming Magic Missiles and the base.

Was thinking of adding some blood soaked terrain at his feet then deck the base out in runes.

Unsure if it’s a little too “busy” and don’t know if my story gets lost or not.

I am gonna play around with it in Painter and we’ll see. Might move some things around also. Tell me what you think.

Well it’s been a while. Had a ton of problems. Most of them stemming from fact I decided to use a new renderer. Just couldn’t , no matter how hard I tried, get my materials to match up with Substance Painter and I have lost a lot of detail.
Should have just stuck with Vray.
Ah well. Lesson learned.

Here’s a few renders showing what I got at the moment. 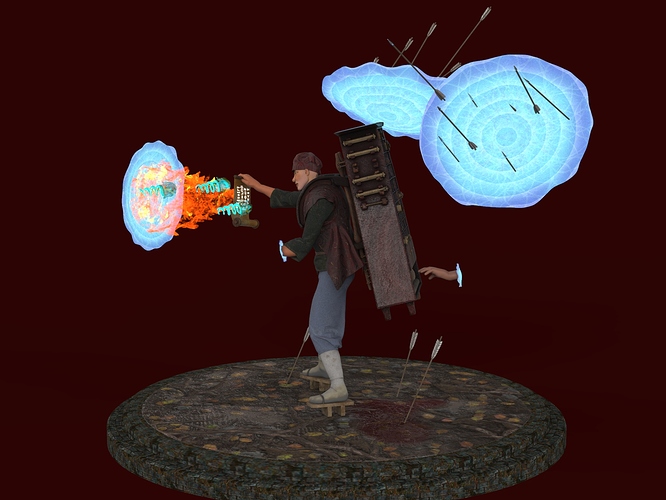 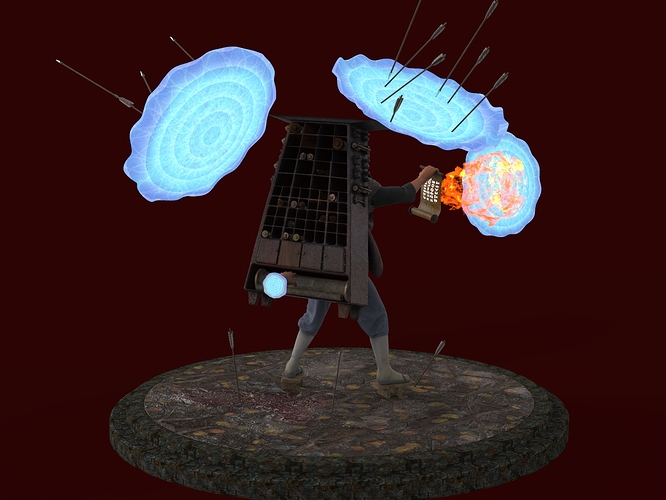 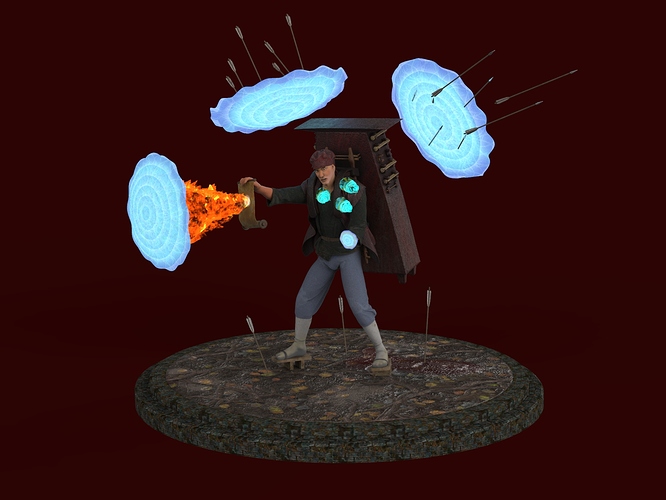 I am finishing off the smoke and sparks on my beauty renders now, and getting ready to submit it later.

Looking at work others have already submitted I am now regretting using UV Master so much and not retopologizing. Only thought about the finished thing 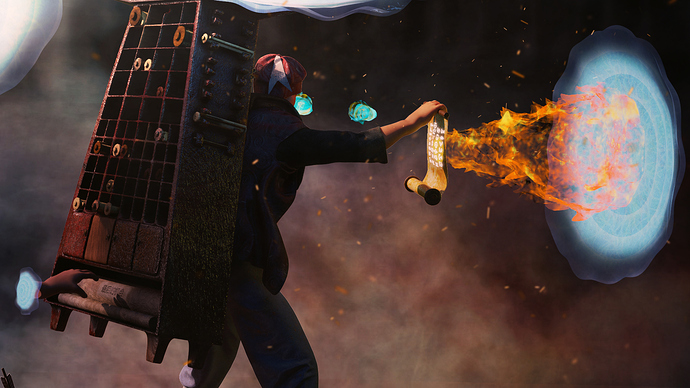 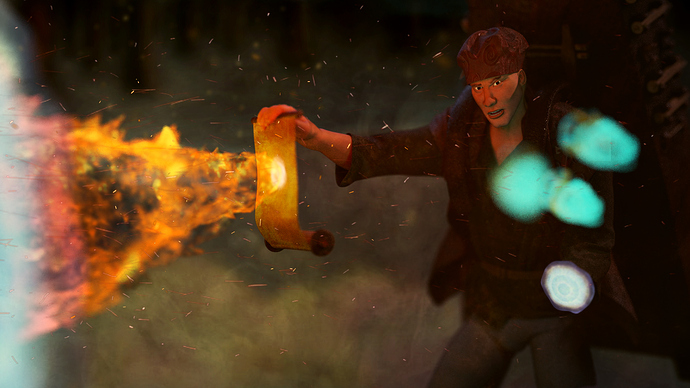 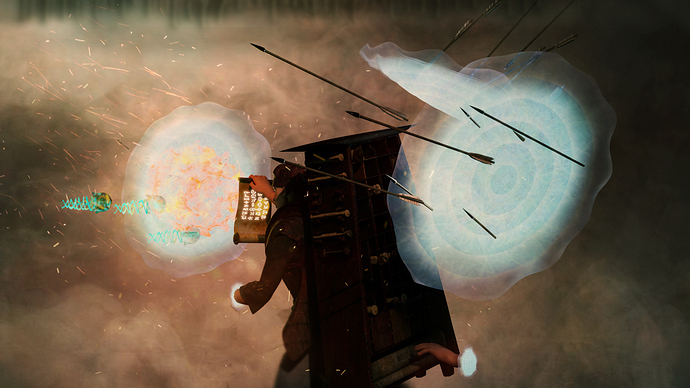 Been a super fun challenge and I have learnt a lot. Can’t wait to use what I learned.