Here is my character for the challenge, Malavo!

Once a wise and respected being of magic and sorcery, but not anymore. He came upon a crystal on one of his adventures, a dark crystal that gave off a fading green glow as it hummed and quivered in the sands. Malavo took it back to his chambers once his little quest was over and tried to unlock whatever was trapped inside of this crystal, it would hum at him, like it was begging him to set it free.

After many sleepless nights to no avail, he enlisted the help of his council members and together they were able to chip at it little by little with their powers, after the mages had used up the last of their will the crystal cracked open and released a ghastly cloud that warped and twisted its way around the room, all while screeching and clawing at anything that got in its way. The cloud found Malavo after it had tore down everything and proceeded to hum at him, the hum intensified and Malavo started humming as well, all of the other mages tried to pull him away and get rid of the evil entity within the room but were overpowered once Malavo stopped humming and let out a scream so loud it shattered the windows of the hall.

Now Malavo and the cloud wander endlessly, the crystal has grown significantly with each soul they’re able to pry away from the bodies of the helpless. There are those that try and stop Malavo The Tenebrous, but none have succeeded so far, and with each day that goes by the crystal grows stronger…

OKAY! So that’s the little back story on my Warlock, hopefully he turns out well, and is able to bring some justice to these couple of paragraphs I jotted down overnight.

Currently in the very early stages of blocking him out. 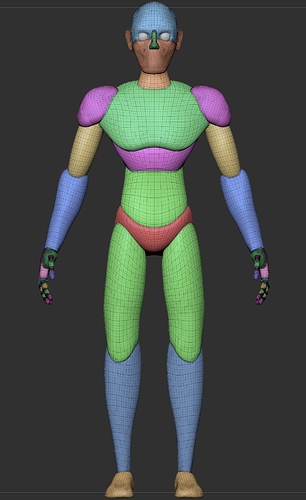 A little update on the blockout, progress is slow due to whats going on in the world, but I’m getting there… 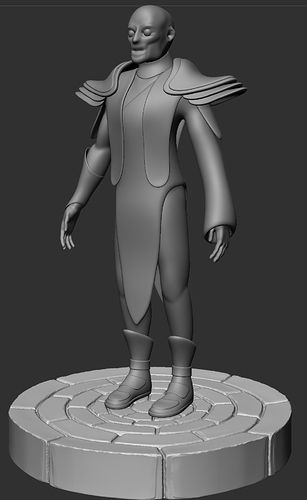 Started to add some detail here and there, it was more to get out of the blockout phase for a bit since I’ve been stuck at home for the past week or so. Still have to add a lot more to him (like pants/robes) but I should be moving into Maya within the next week. 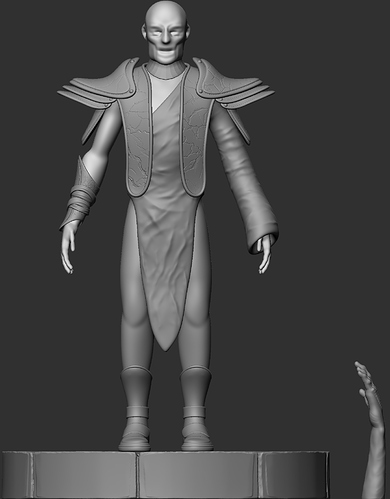 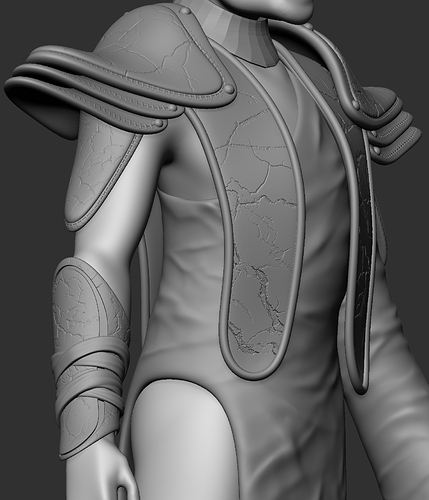 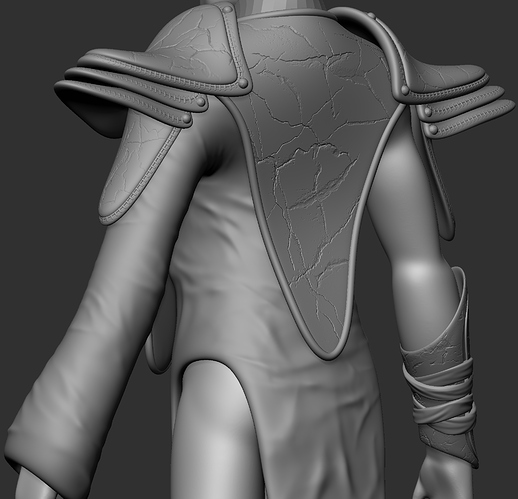 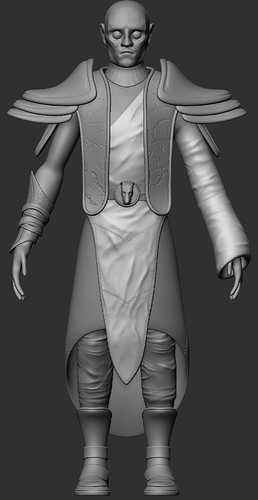 working on the face now 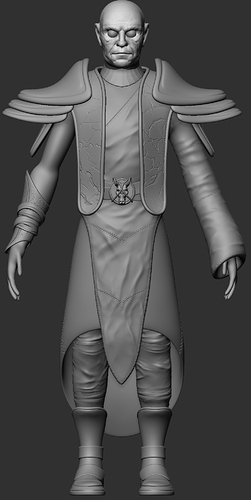 Decided to take the head and play around in Substance. No retopology was done, just wanted to see what it would look like textured. 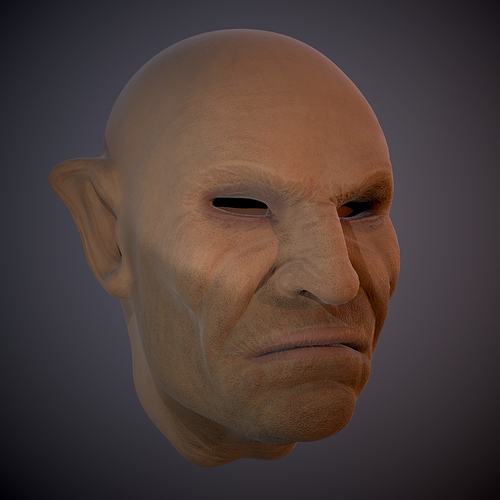 Still finishing up on the High Poly portion of this guy. I feel like I’m probably at the 90% mark 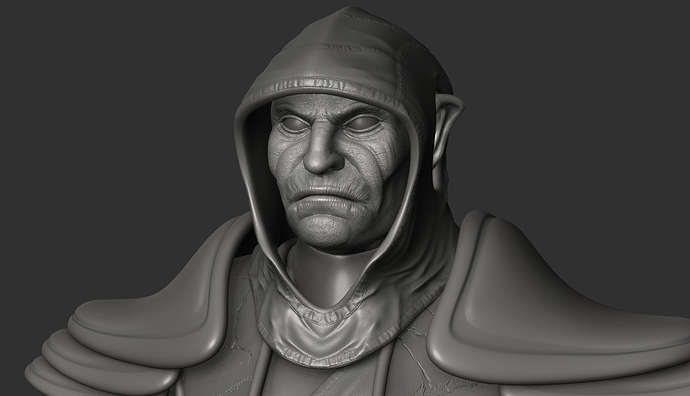 Sitting at 99%! Just have to adjust his armor a little more and finish up his weapon… Was thinking of just leaving him without a weapon and to just use his powers as his weapon of choice. 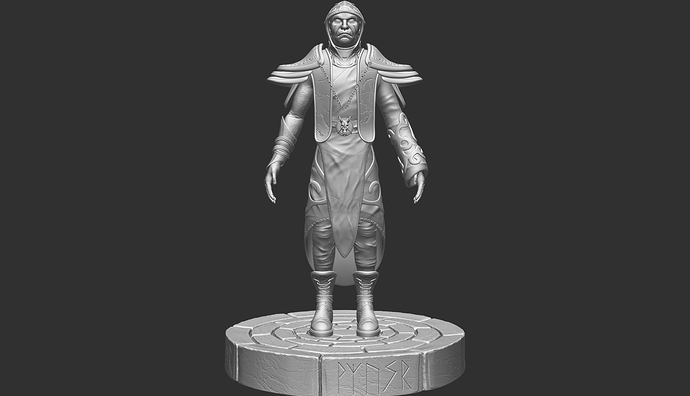 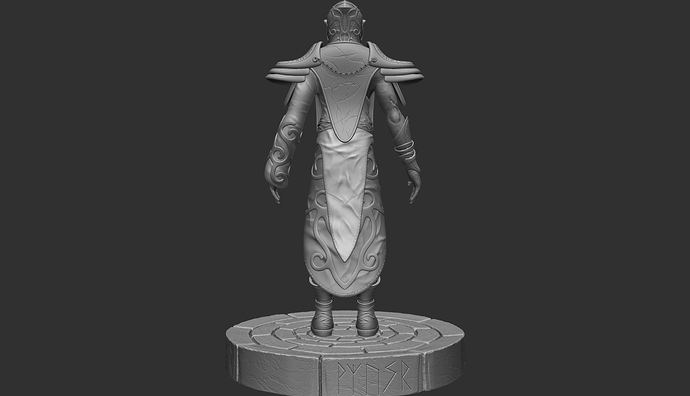 Decided to give him a weapon as an extra. Not sure if I’ll use it, but oh well… 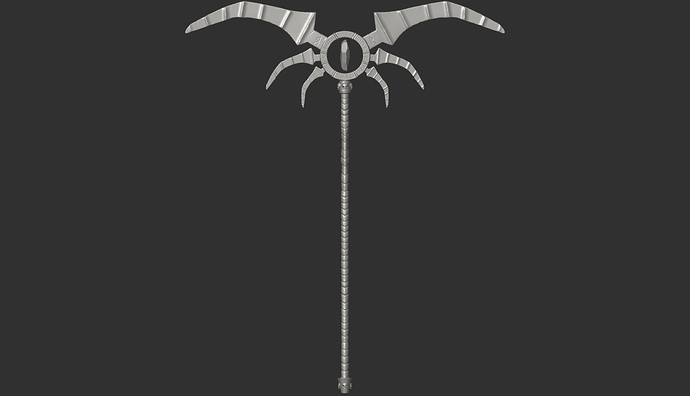 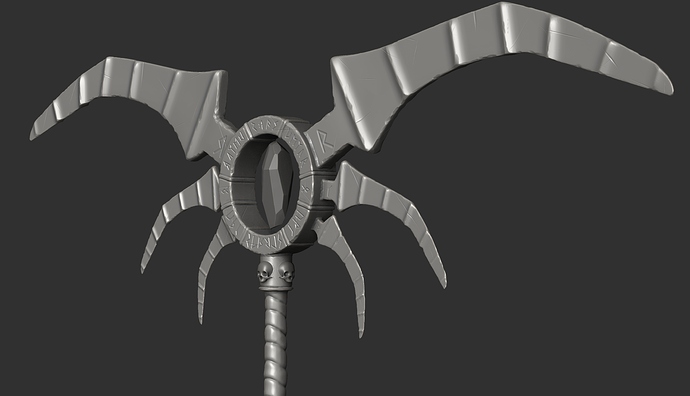 So it took me about a week, with 2 or 3 hours a day to finish up the Retopology and UV portion. Here he is! Currently sitting at 82k Tris without the weapon. 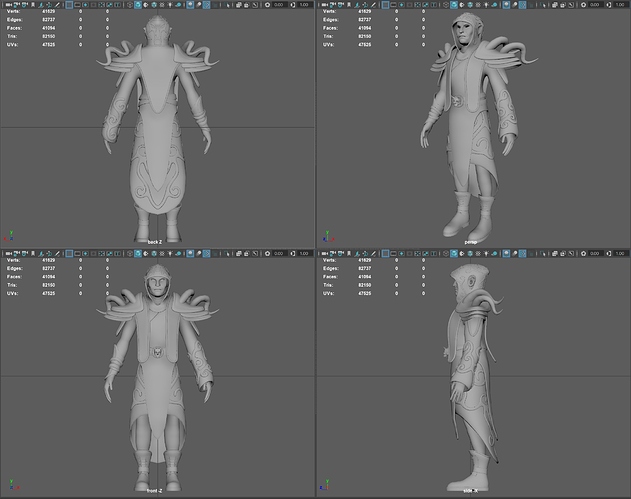 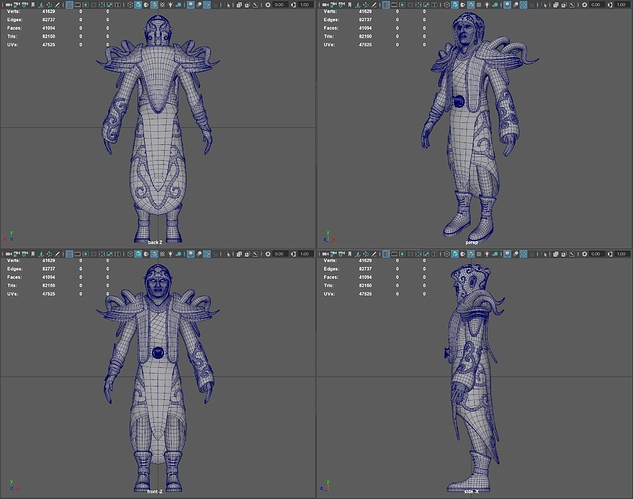 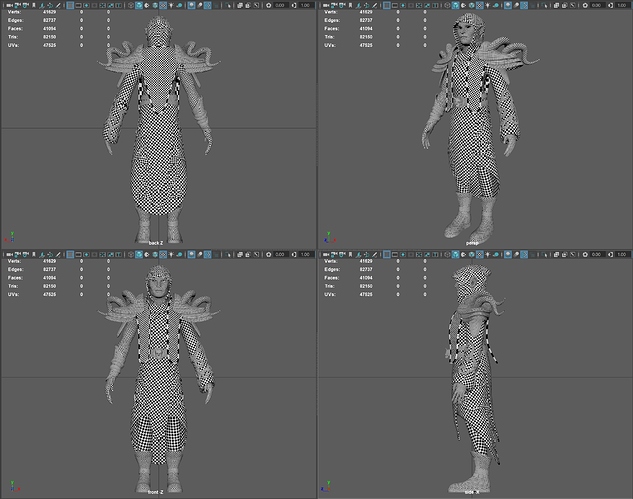 So far so good while slapping some simple textures on him. Still have to bake the other set. 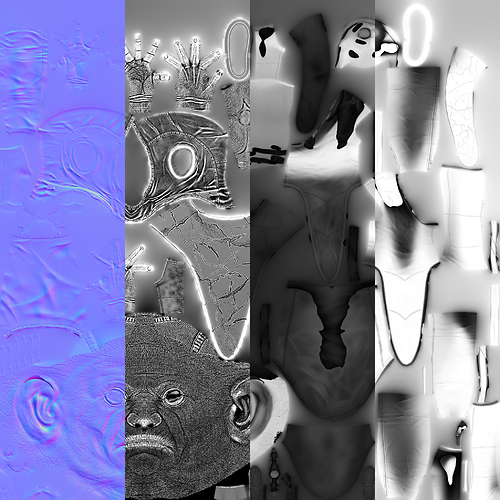 Texturing has been really fun so far. Baking took a little bit because I forgot some parts earlier so I had to redo the maps. Here’s my progress so far: 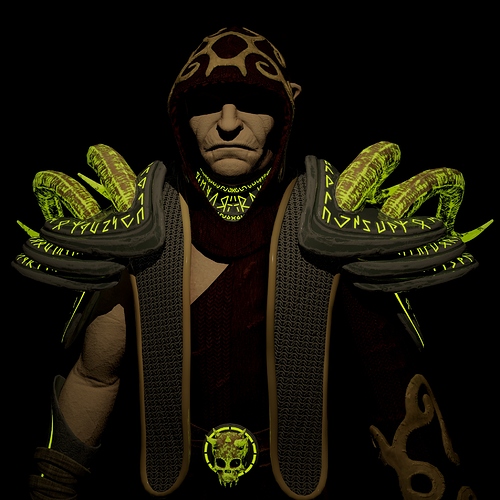 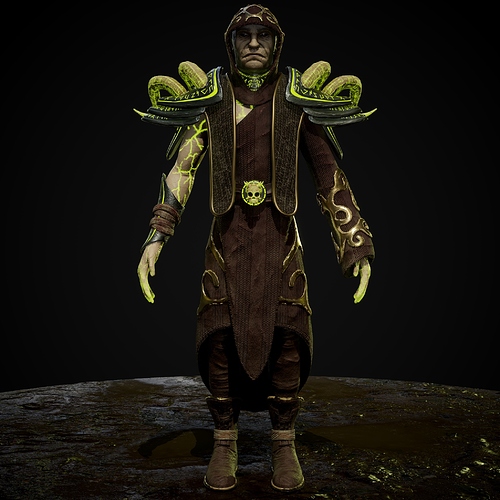 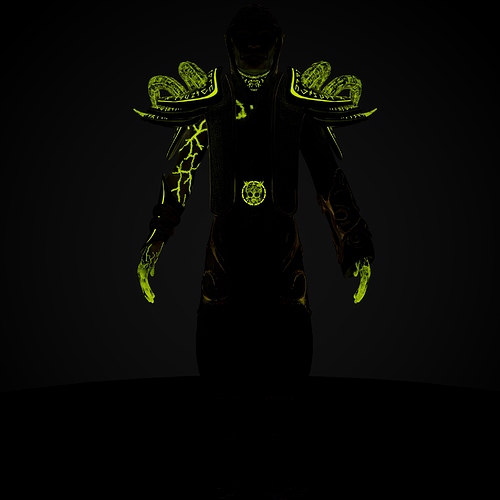 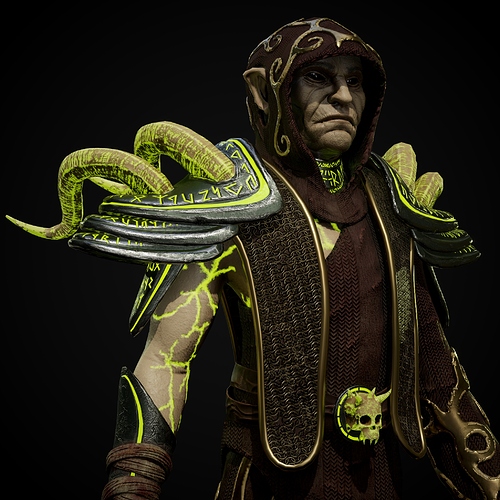 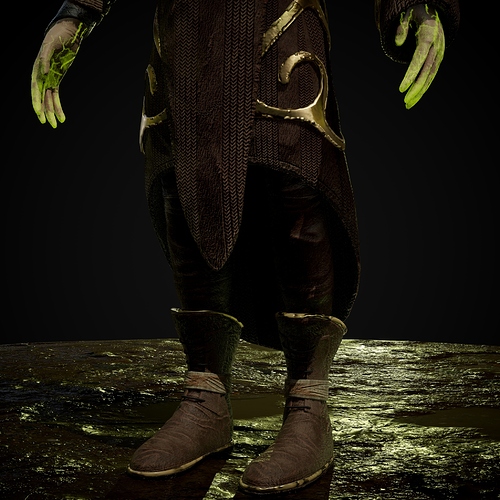 Getting pretty close, just have to add some alphas to his hands and a summoning circle on the floor. 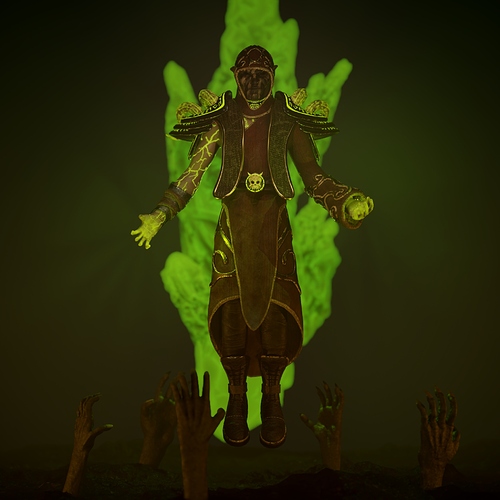 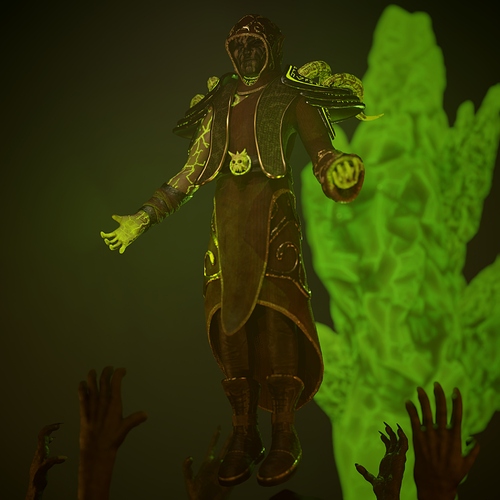 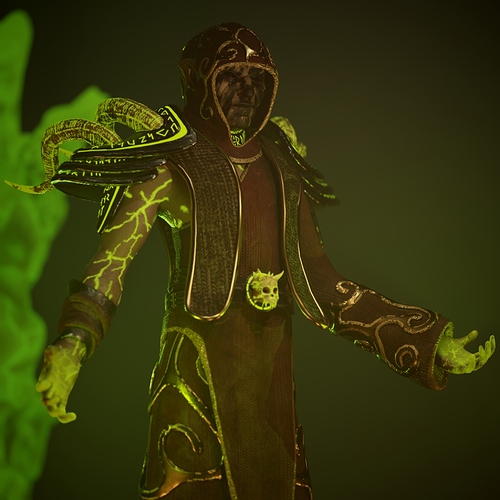 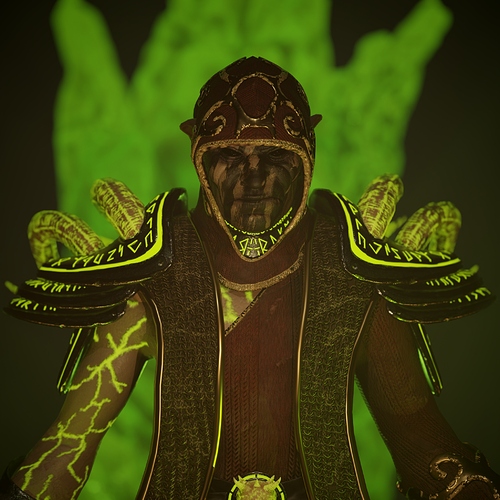 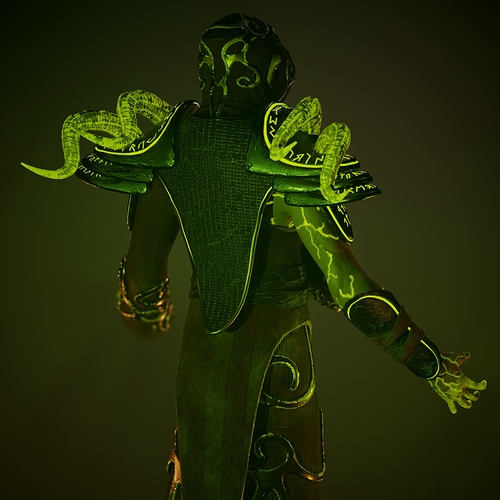 Calling it. He’s done. Just have to setup the submission. Here’s a cover render while I set that up. 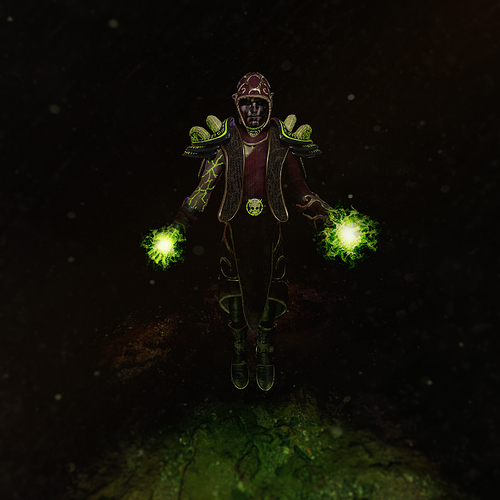