Hi everyone, I’m Tian and here’s my thread of creation of the VFX character - Coronalord.
I know this is a last-minute entry since I heard about this challenge only 2 days before the deadline…
BETTER LATE THAN NEVER, so I decided to modify a character I designed & created during the recent quarantine to fit the context of this challenge.

Here’s an almost finished beauty render of it, more WIP details in the following threads as required: 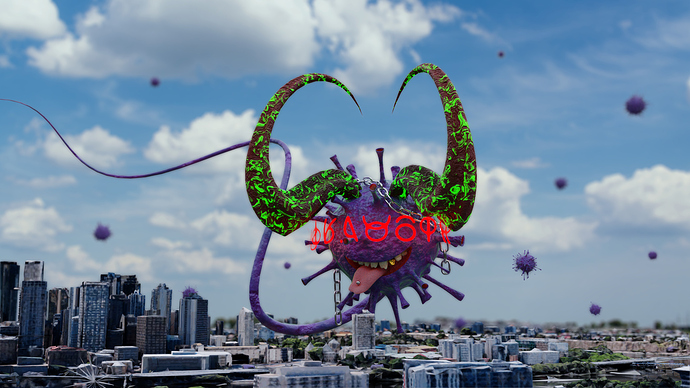 My original design of this character was basically a coronavirus in punk style: 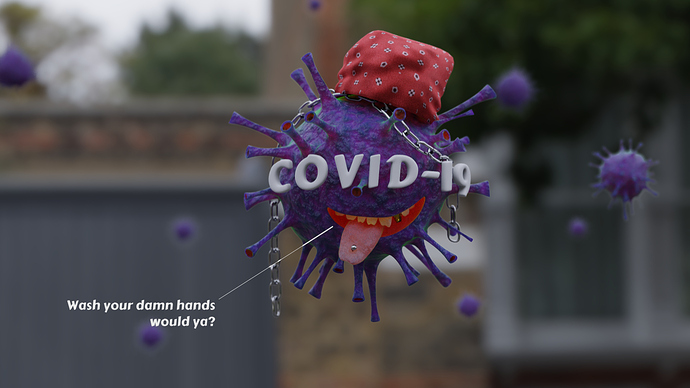 I also made a short animation demonstrating the model and the breakdown:

So, to fit the context of Warlock, I changed the text with some alien-ish font (read: COVID WARLOCK). And of course, added a pair of the iconic horns: 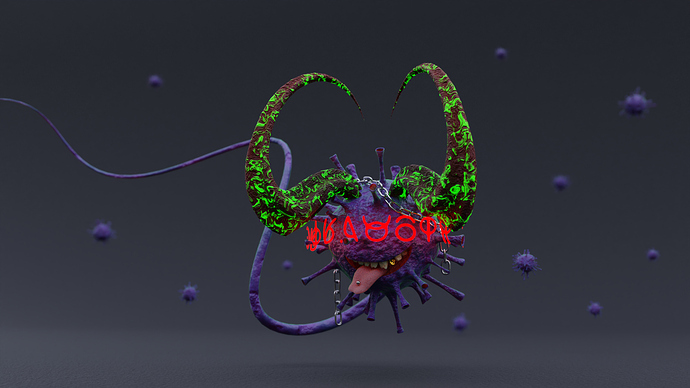 I created a low-poly virus model at the beginning so that I have a decent base mesh to work on later without worrying too much about the retopology: 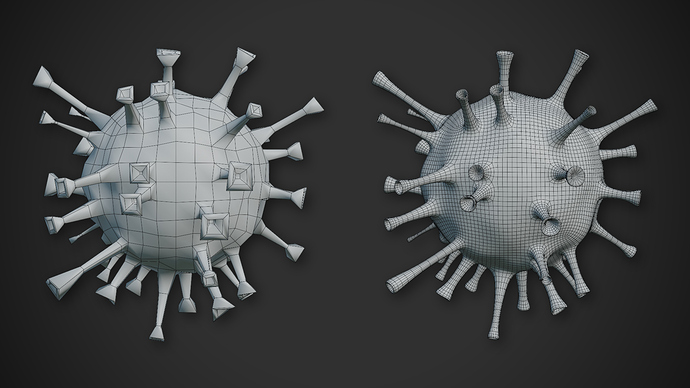 To make the base mesh of virus look like alive, I cut out a mouth shape on the empty area of its surface and added teeth and tongue inside.

Some accessories were also being added to give it some personality, including the chain and the tongue piercing. I then did the retopology of the alien-ish text so that it could be curved around the sphere surface without causing any trouble on shading later. 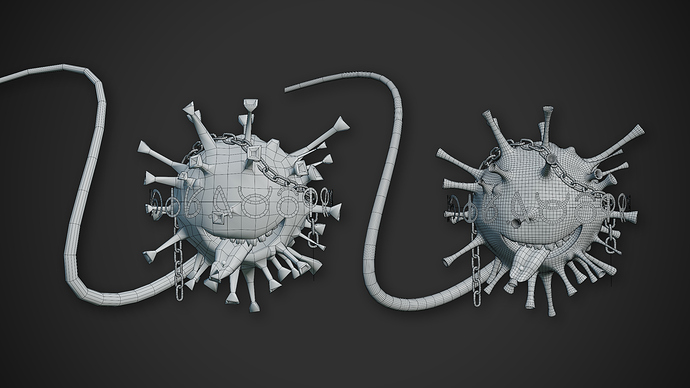 The funky accessories and the alien-ish font alone are far from enough to make it look like a Warlock, so I created the iconic horns on top its head. The design of the horn was inspired by the Illidan Stormrage from World of Warcraft: 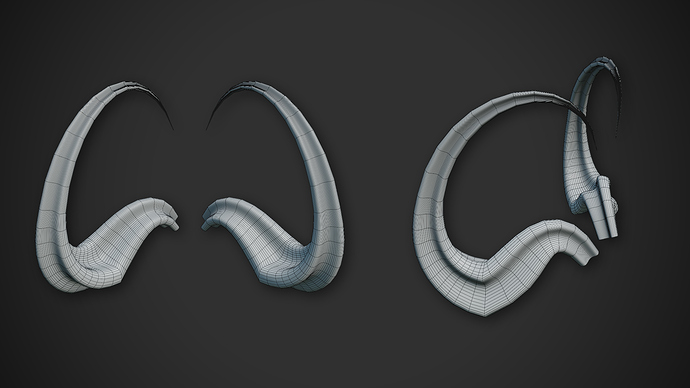 With all the objects combined, the finished mesh of the Coronalord looks like this: 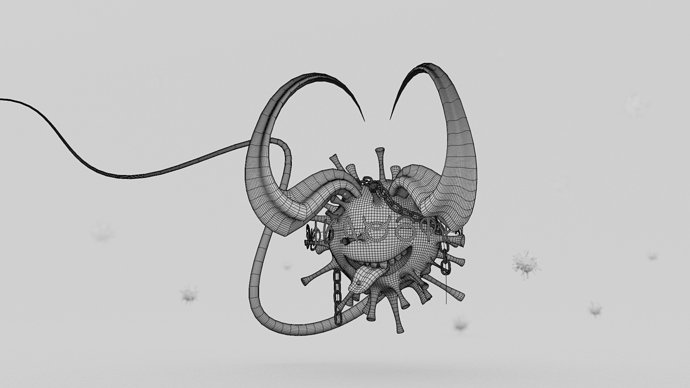 For texturing and shading, I prefer to do it procedurally if possible. So all the materials on the Coronalord are procedurally generated in Blender Cycles using the nodes: 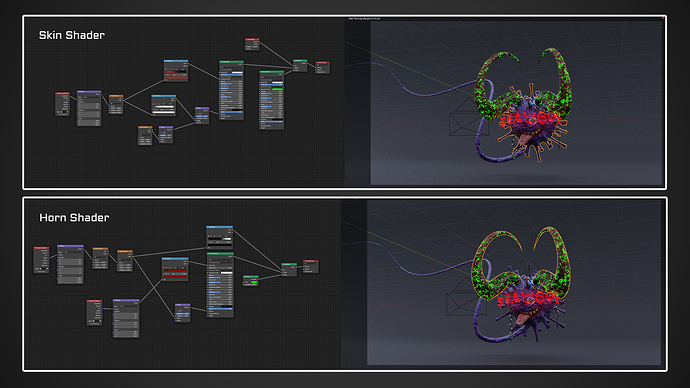 As required, here’s the renders of the Coronalord from multiple views: 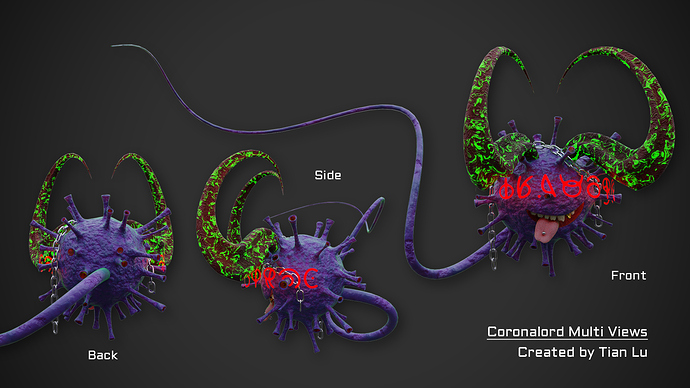