I’m so happy to participate, here is my first update, just did a fast concept art.

Agnes the Colonizer
During the 16th century, Agnes lived only to conquer new territories. She was feared along all the seamen in the seven seas because there were a few marines and pirates
alive to tell the dark stories involving the battles where she participated. Most of them
mentioning fire and evil presence. Most of them afraid of the “emerald warlock”
The dark and destructive powers she used for this colonization and conquering may have a little secret behind. She uses her guns and all armory at her disposal to channel all the magic that may harm her body. 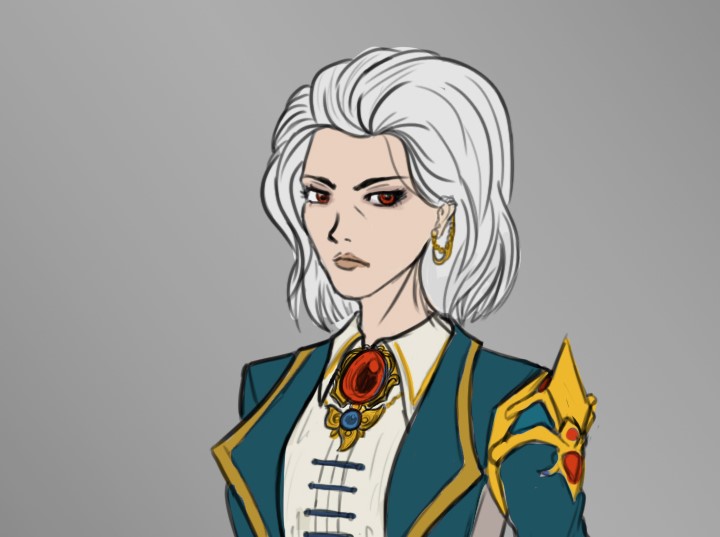 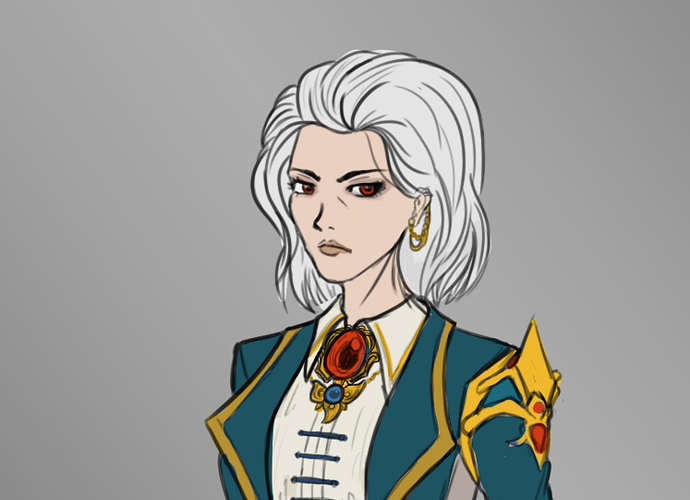 Hi everyone! Here’s my first WIP

Just started the head and blocking the clothes 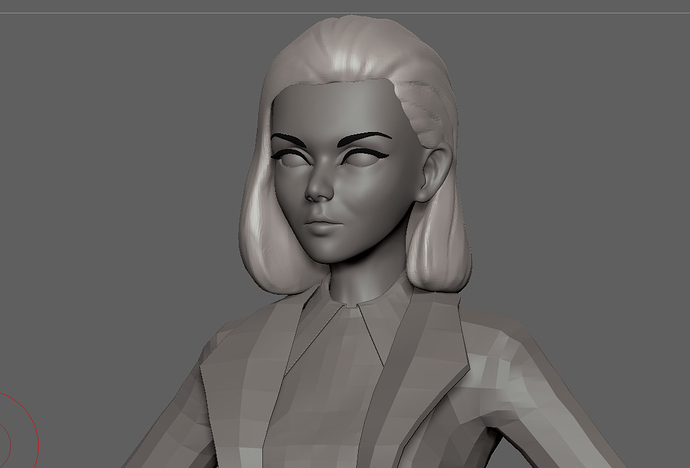 Hello ! here’s another WIP, did all the clothes modeling and sculpt, lot of details left to do 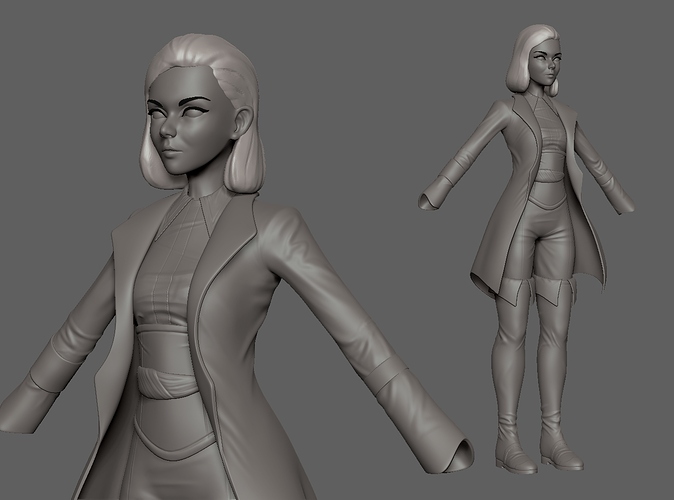 Another WIP, I had some free time to keep the challenge up 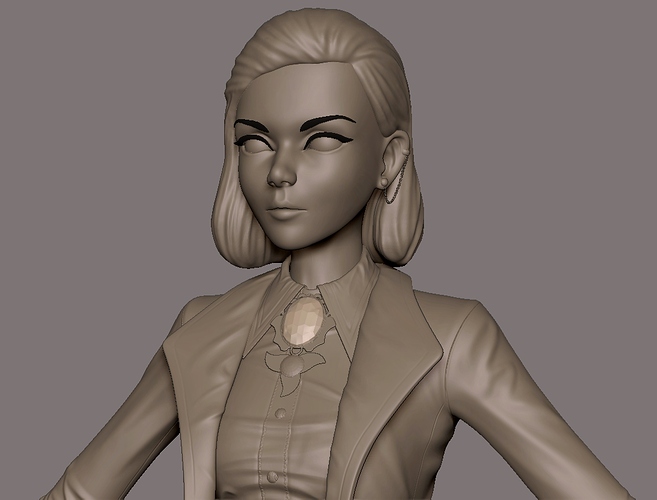 Hi! Another WIP, I think I’m done with the body modeling, I’ll continue to do the weapon/extras 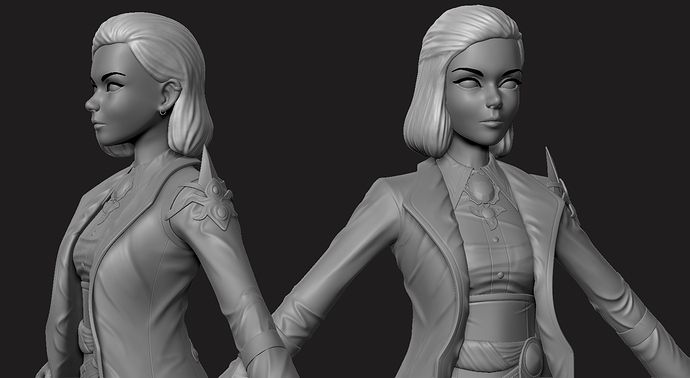 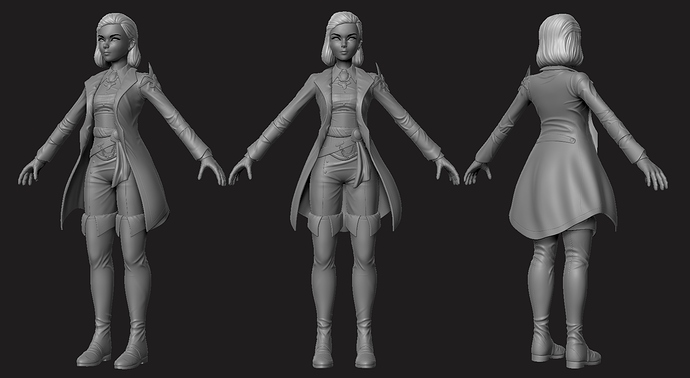 Hey, awesome sculpt ! Love the character. Can’t wait to see the next WIPs.

Hi everyone! Finished the body retopo/UVs and did the texturing work on 3D Coat
Still a lot to do! 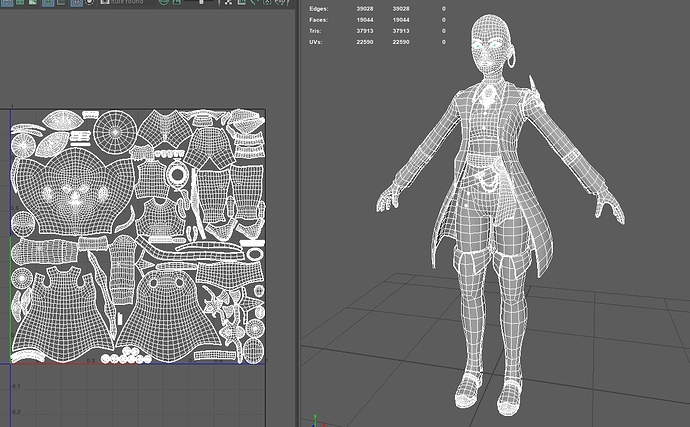 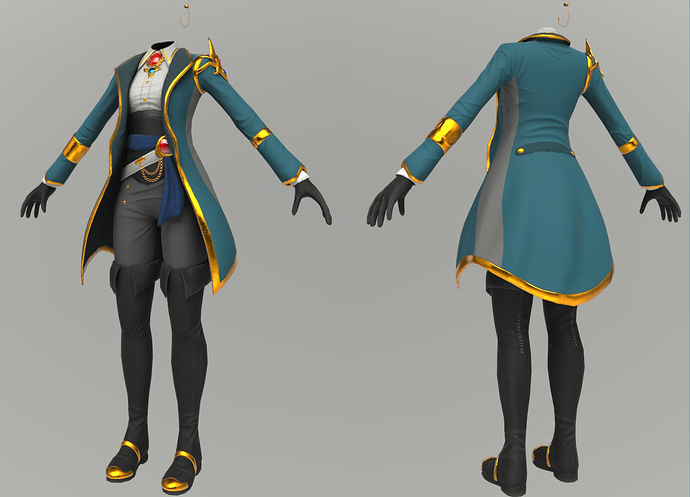 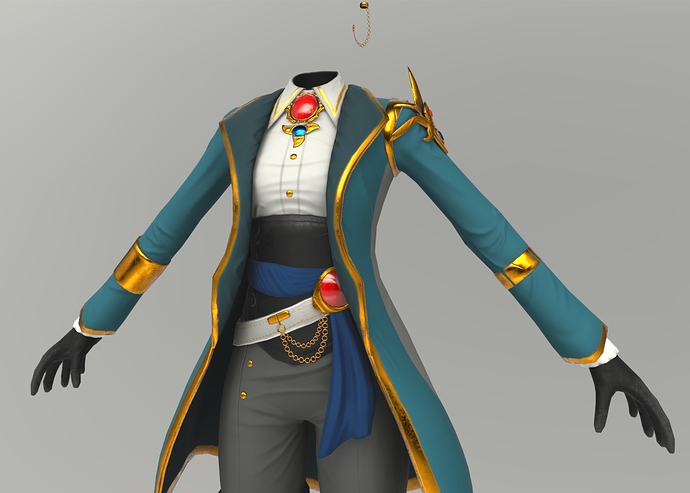 Hi! I finished modeling and texturing the weapons and the environment platform! Almost there! 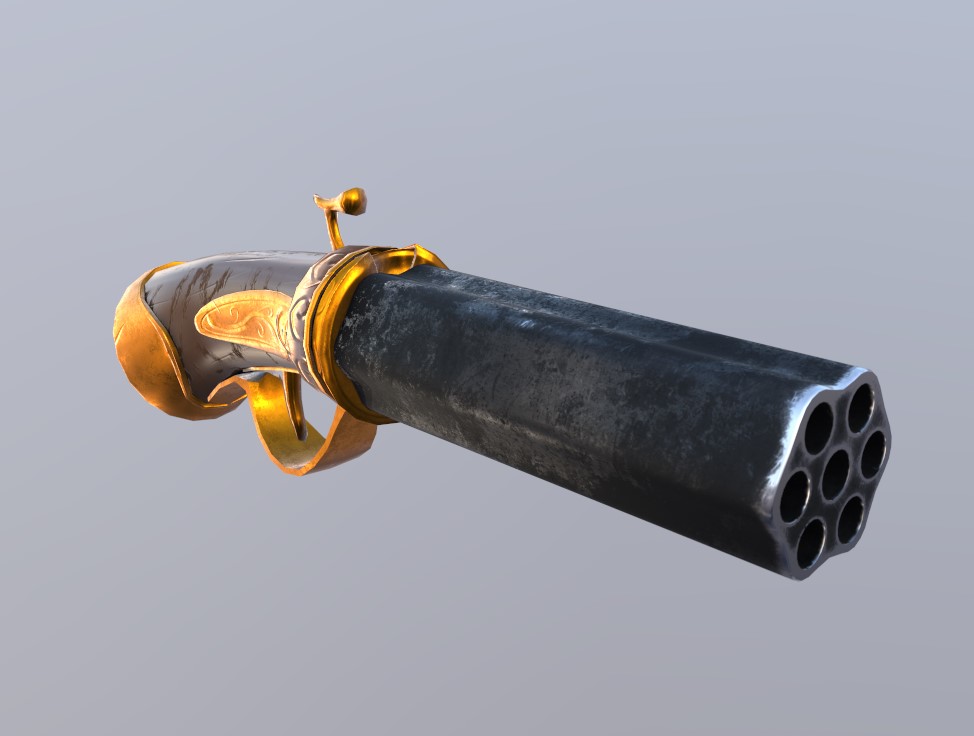 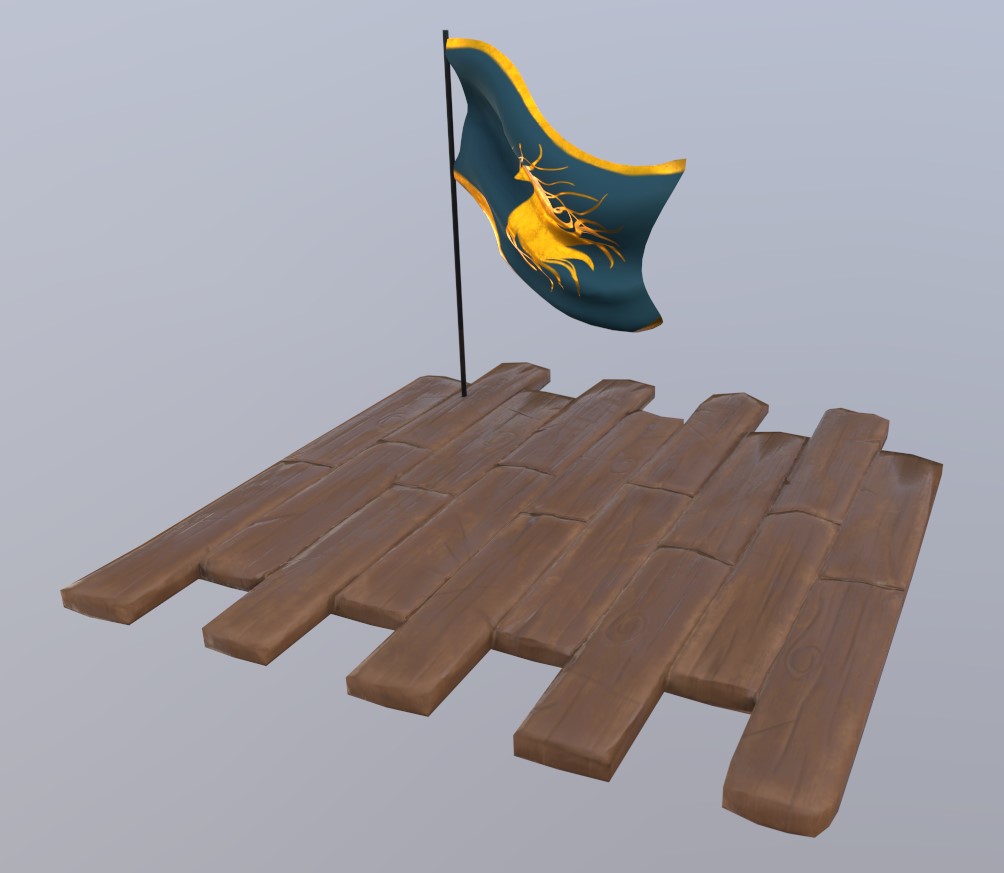 Looking Good. Keep it up!!!

Placing the hair cards, almost there 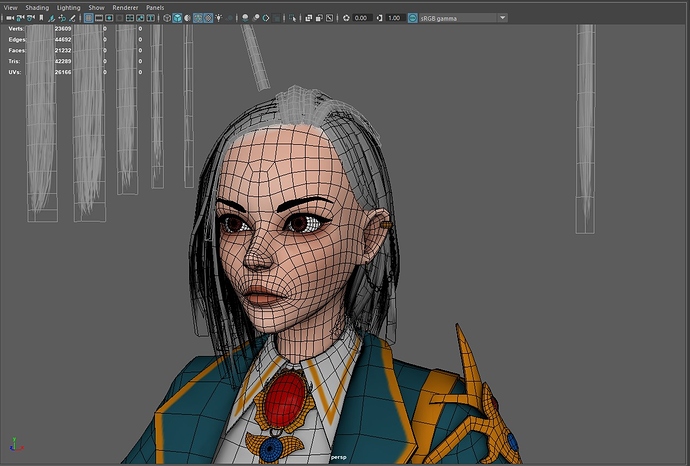 Finished the hair and just posed the character, now working on the meshes for the fire and shot effects, almost ready! 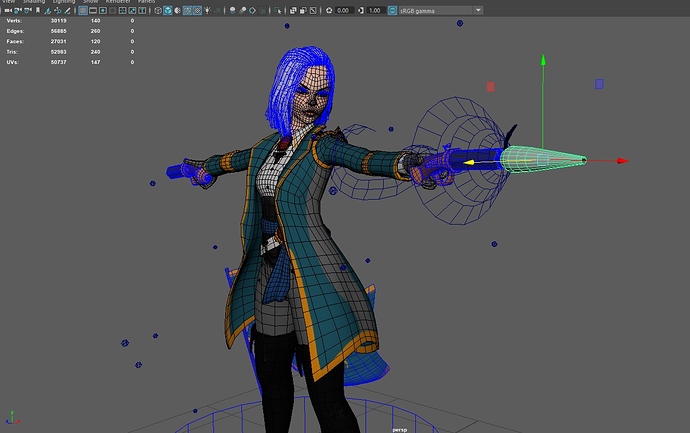 This is gorgeous! I really hope you’ll finish it in time

Thanks a lot! I hope so too

Finally!, doing the final touches on Marmoset, I’ll just play a little with the lights and then finish it 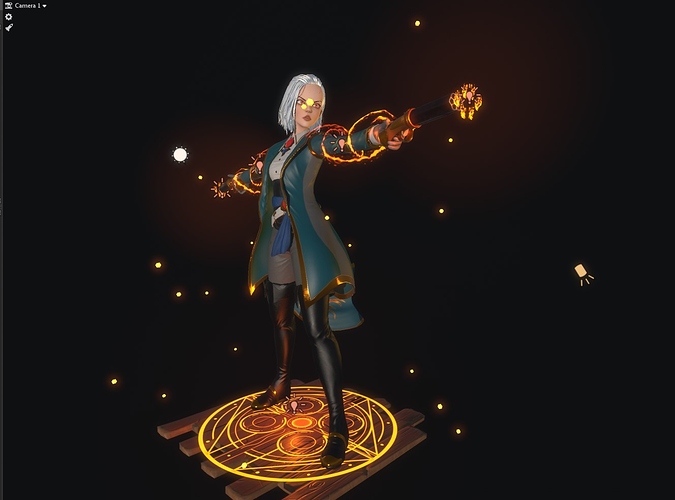