Robin Hood from the future ! )

Hello everyone, I have long wanted to participate in a competition of this level.I thought for a long time about who I could make and finally came to the conclusion that my best option is Robin Hood, in the future I’m going to come up with a design for the character, and then implement it in 3D, hopefully I’ll have time to finish the work. ))). I apologize in advance for the possibly incorrectly written text, I do not know English well.

I decided to use the Disney version, where Robin Hood was a fox, and also decided to keep the bow, as it is one of the important attributes of Robin Hood.The world of the future, to which I transferred the image, is quite similar to the world of cyberpunk, quite gloomy and divided into population groups, and if the rich animals live in a technological metropolis, then the poor population is forced to work hard, constantly extract resources to maintain the life of the metropolis, and they live on the outskirts of the city or outside it., in the barracks.In my version of Robin Hood with his gang on the outskirts of the city, where there was a dump, founded a small camp (shelter).Robin’s costume will be shabby because they live very poorly and in dirty conditions, and some things will be homemade because they had to be made from waste and garbage, the bow is used because these weapons are easy to develop and do not require complex technologies, the weapons are very powerful, with the help of special projectiles they can shoot down small flying ships, as well as disable robots or any other electronic equipment with a single hit. but the bow is slow to reload, and it doesn’t have many arrows ,so the bow is used for ranged combat, and for melee shooting, Robin will have a small homemade blaster.

I started to prepare a list of references in PureRef

Well, I started working, I spent a long time selecting the design for Robin Hood, but in the end I decided on the last draft version.It will certainly change in the course of the action ,but the beginning is made! 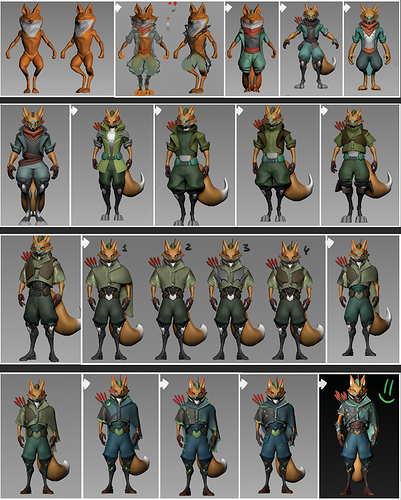 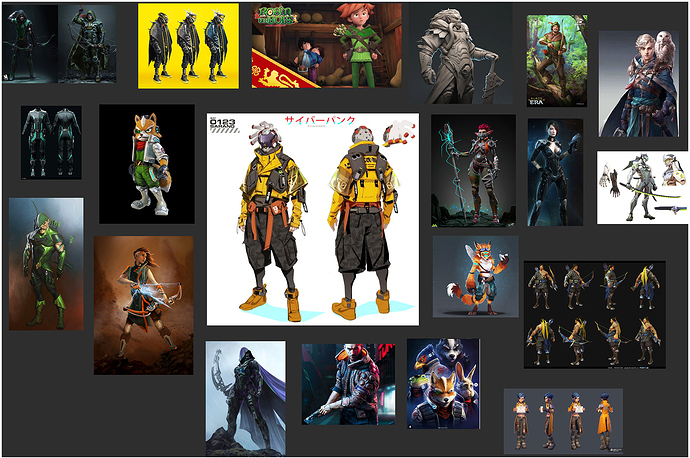 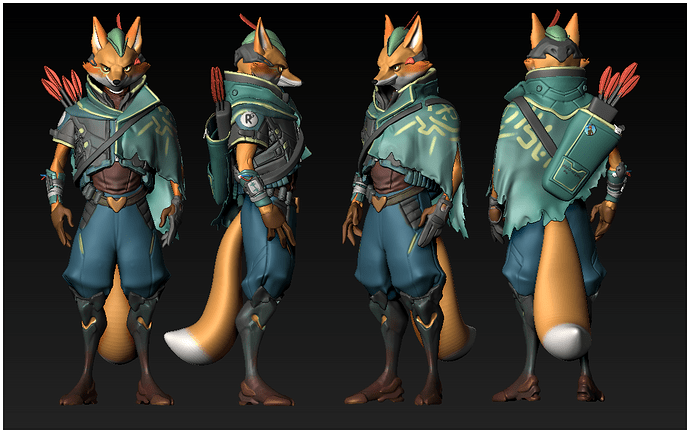 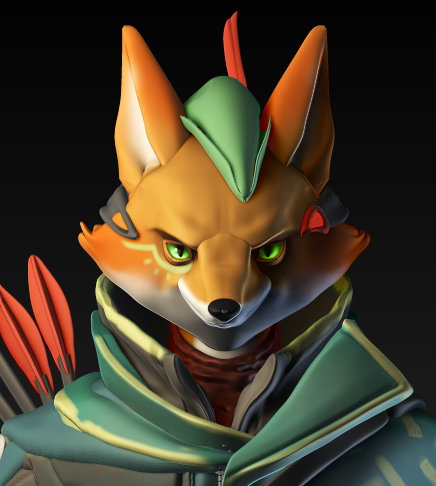 thank you) for the first time I worked with such a palette, I hope I will reveal it completely in textures

I continue to make Robin Hood, I try to work quickly, I hope I will have time to finish the work !Soon I will throw off completely the whole body ,but so far only the head ) 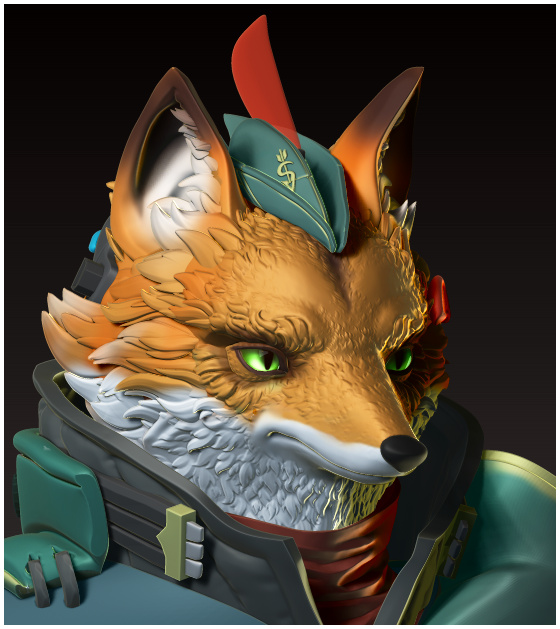 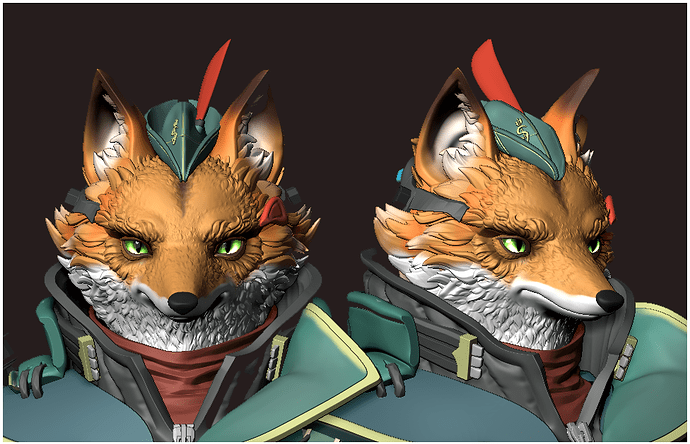 I continue to work on my Robin Hood project.Below is the process of working on it for several days in pictures. 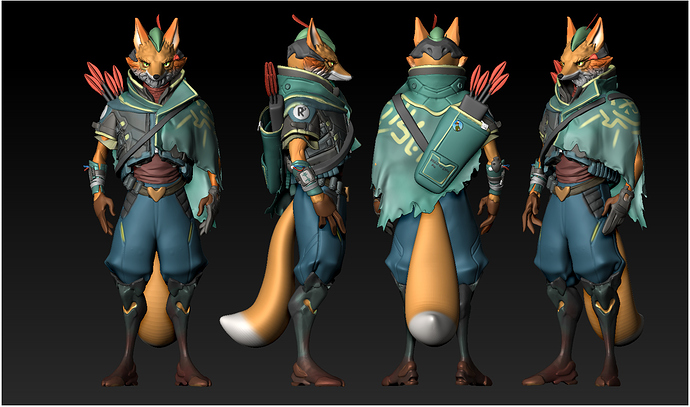 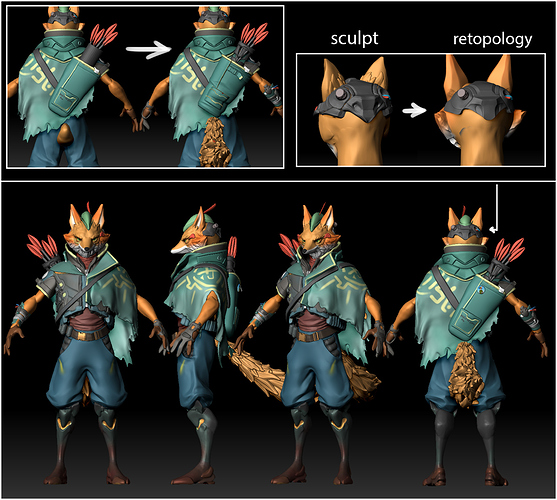 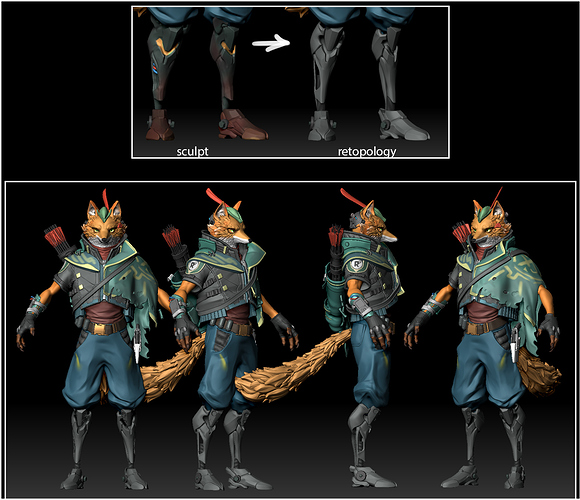 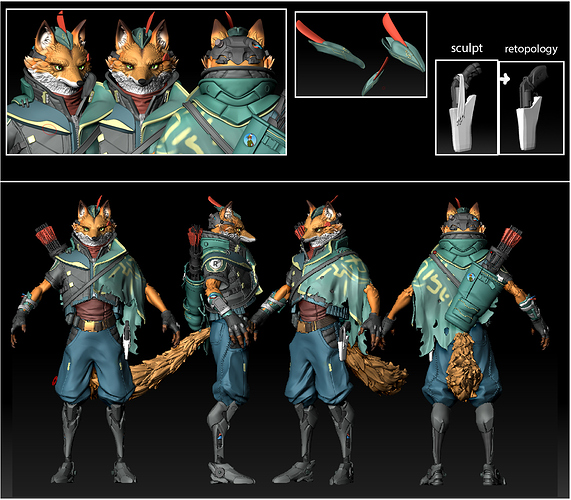 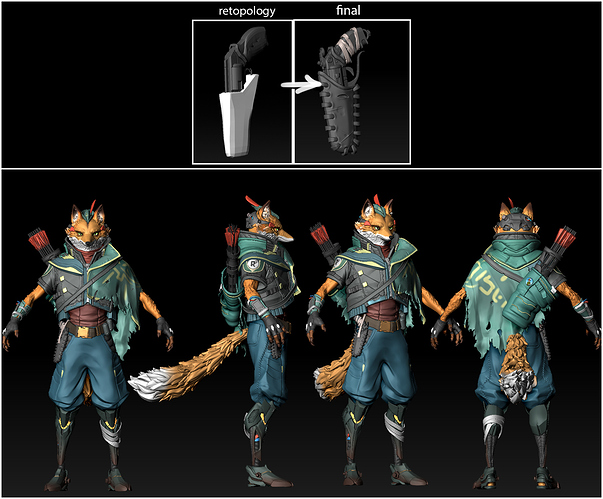 here is the prefinal sculpture 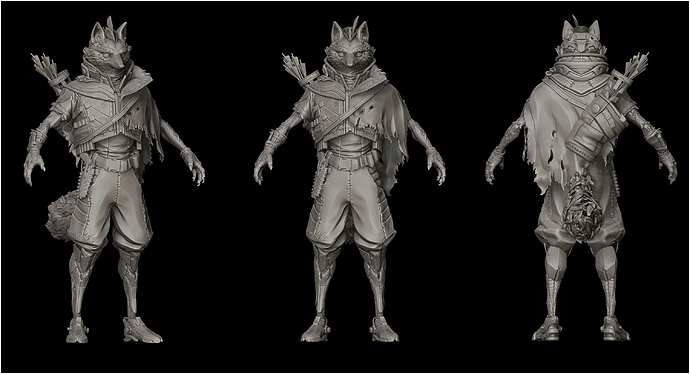 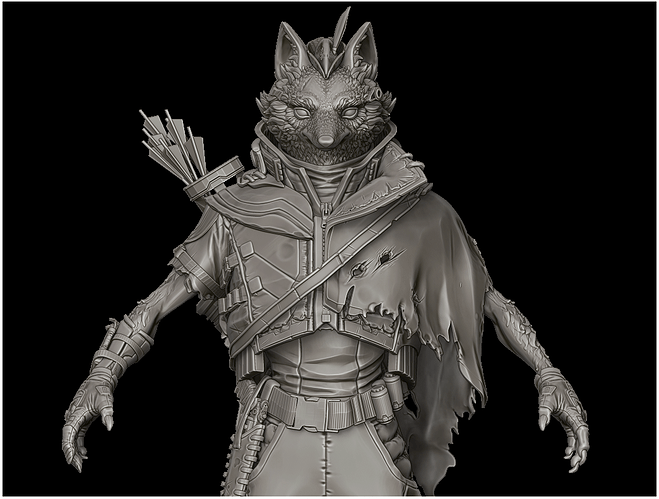 Looks promising! It`s awesome how many iterations you did and such a complex highpoly in that short time! Good luck!

thank you very much, but unfortunately I will not have time to finish it, so I decided not to continue participating in the contest.On my own behalf, I would like to wish good luck to the contestants at the finish line )

It’s gorgeous and you should be in the lineup! Doesn’t matter that it isn’t posed, it’s beautiful work with beautiful colors and deserves attention. The deadline is today so make sure to post it in time!

Yeah for sure this looks great even if you dont finish, I think you should post it still