Here is some work in progress of Glaymore, Wielder of Magic.

As you can see, a lot changed during the process. For instance, he now wears ropes instead of fabric straps around his waist. I tried to reduce as much “design pollution” as I could, simplifying and improving the shapes overall. I got rid of his goatee beard too, which remained a key element till the end. I made extra space on the UV for it just to make sure I could change my mind at any moment. I believe I found a happy place between jolly and sad Giant in the end.

I would like to add that I completely changed the whole concept on the last few weeks I had, and I am happy I did. A few images remain of that character, which was a “battle mage” and I actully liked. Sadly, it looked way too generic for my taste and thus scrapped the whole thing.

You can see the final result here: Glaymore, Wielder of Magic 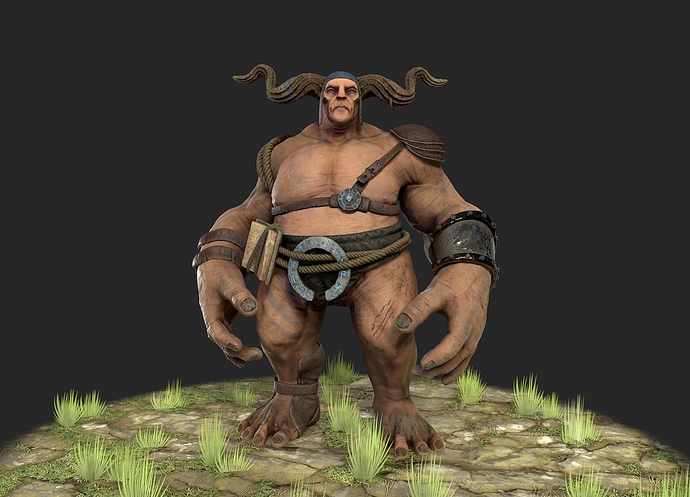 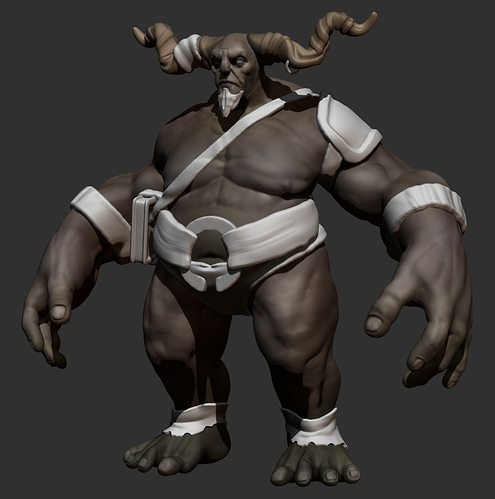 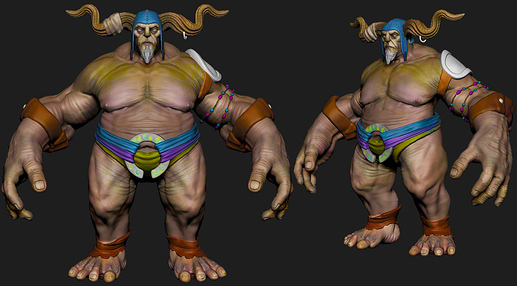 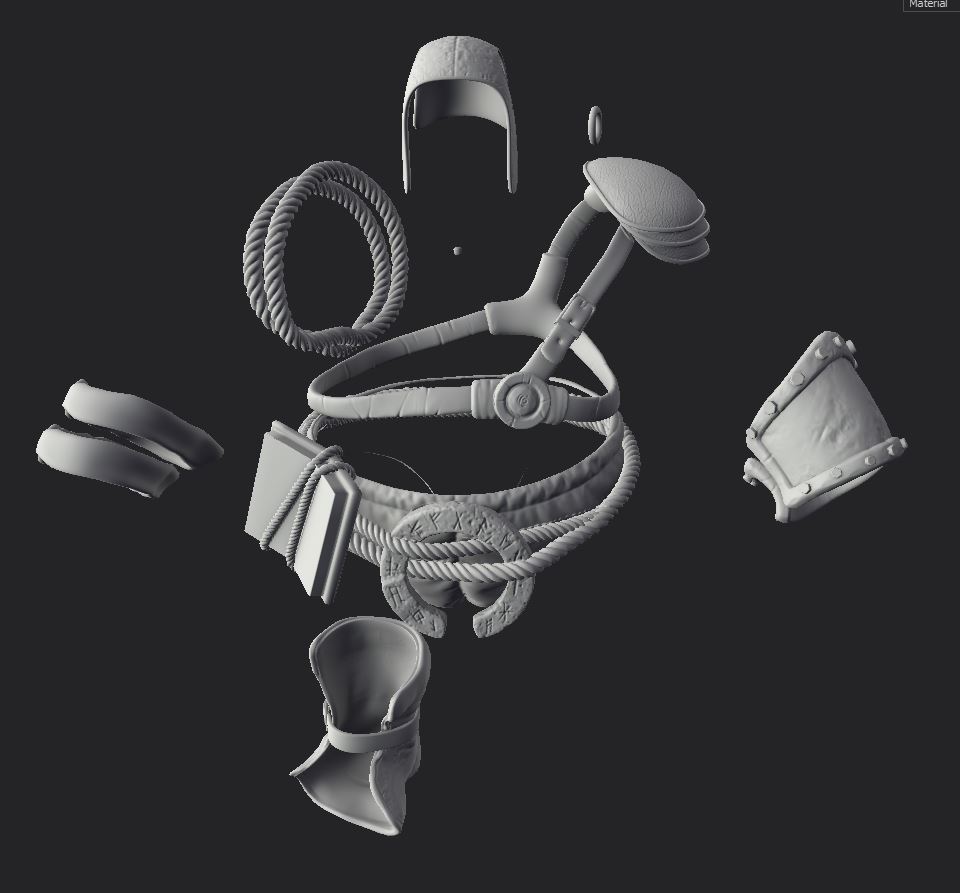 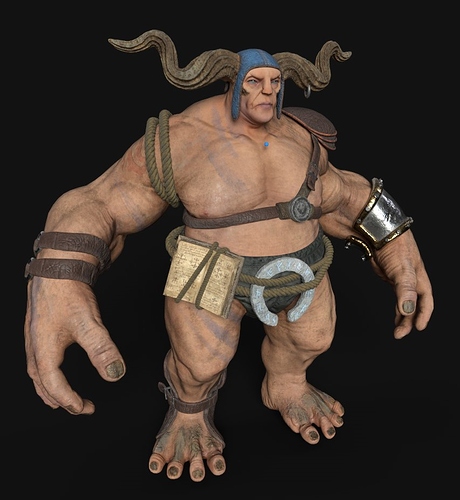 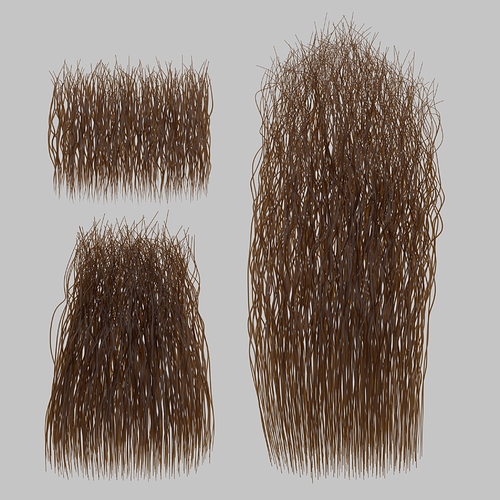 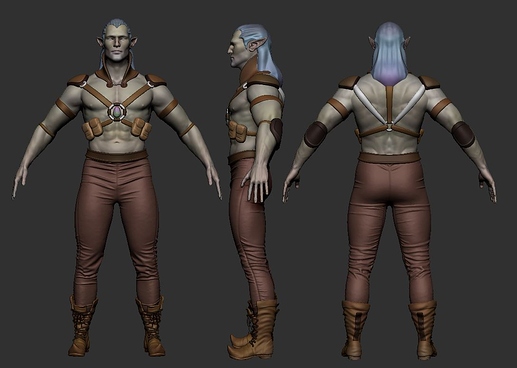 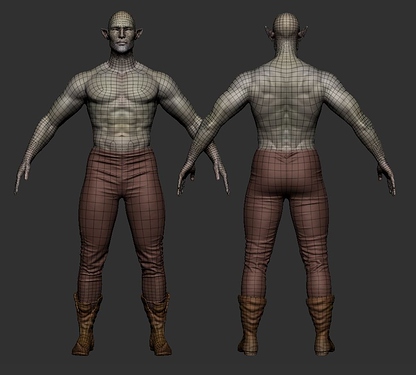